A pine forest wildfire fanned by strong winds broke out on Sunday along the pristine northeastern coastline of Corfu, a Greek island dotted with wealthy estates. 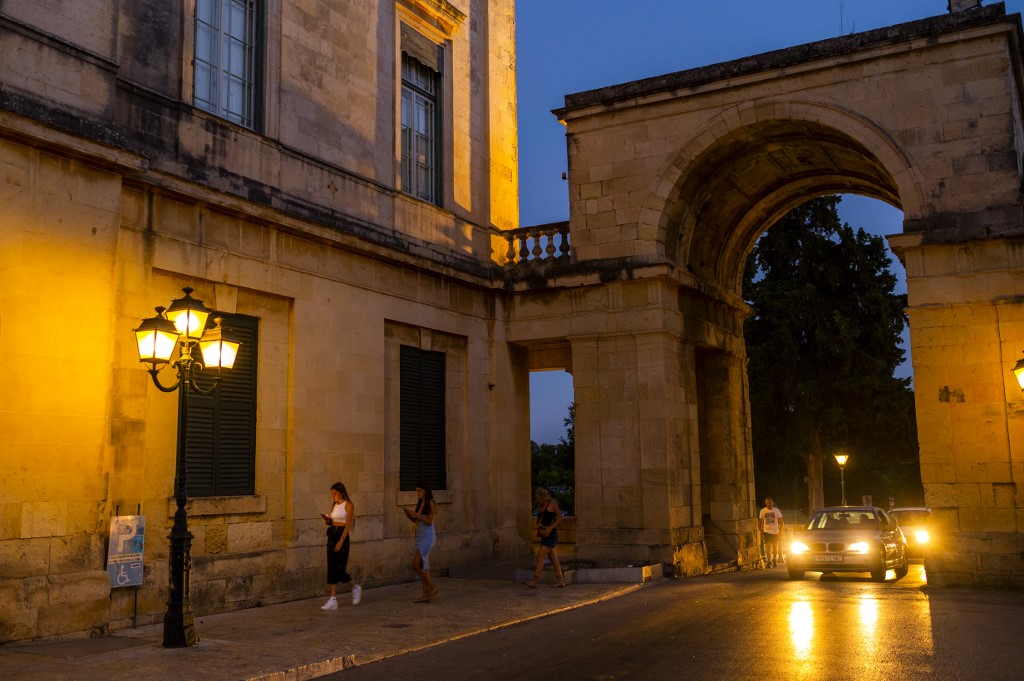 The fire erupted near the wooded Agios Stefanos beach town in the Erimitis region, which boasts high-profile residents such as the Rothschilds and the Agnellis.

Firefighters aboard a dozen vehicles backed by aircraft were deployed to tackle the fire in the area nicknamed Kensington-on-Sea by British media.

The coastguard evacuated a couple from Belgium and one Greek citizen as a precaution from the Agios Stefanos beach.

The New York-based investment fund NCH Capital bought a large piece of land in Erimitis in 2016 after years of haggling, with plans to build a 90-room five-star hotel, luxury apartments and a marina.

The so-called Kassiopi Project has spawned an unlikely alliance of wealthy landowners, environmental activists and residents who oppose the resort where building began in July.

They include one of the area's wealthiest property owners, British financier Nathaniel Rothschild, a member of the prominent banking family.

A 2018 fire left 102 people dead in the worst such tragedy in modern Greek history, in Mati, a coastal resort northeast of Athens.