A constitutional committee is finally on track, after over 20 months of negotiations between the UN, the Syrian government, the country's opposition and regional powers. The long-anticipated committee could pave the way to end Syria's bloody civil now considered the worst in modern times. 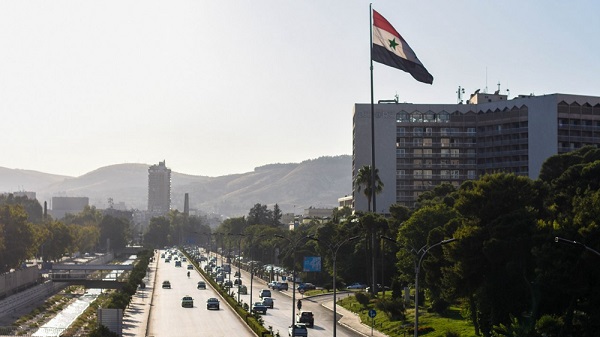 In a rare state TV appearance on Tuesday evening, Syria's Foreign Minister Walid Al-Moullem said he was trying to show the importance Damascus attributes to this new development. But the enthusiasm in Damascus isn't caused by the notion of modifying or drafting a new constitution but because this could be the first step towards to the international community welcoming the government of President Bashar Al-Assad.
Al-Moullem told state TV that major world powers always demanded a constitutional committee, and now we have to see how the UN will be able to market this new achievement. The Syrian official warned at the same time that the work of this committee would face "obstacles" if the U.S. troops don't pull out of Syria or Turkey goes ahead with plans to establish a safe zone within Syrian territories.
But why is this important? And what does it mean?
When the UN Security Council adopted Resolution 2254 back in December 2015, it became a road map for ending the conflict that all the major powers agree on. But the agreement of superpowers came at a high price the resolution was vague including terms like "a Syria-led political transition" and "Free and fair elections under UN Supervision within 18 months".

A street view of Damascus, Syria in September, 2019.

But despite the ambiguity and failure to meet the deadline this resolution became the basis of the Astana process, a series of negotiations between Damascus and rebels in the Kazakh capital under Russian, Iranian and Turkish sponsorship. The talks led to a considerable decrease in hostilities and allowed Damascus backed by Russia to push ahead, making a drastic gain on the battlefield and giving it a decisive upper hand across the country.
Later came the Syrian dialogue congress in Sochi, Russia, that agreed on forming a constitutional committee that will be made of the government, the opposition, and the civil society. The UN-sponsored the deal and since then the new constitution that the committee will draft became accepted as the first in the political process to end the war in Syria.
But the road ahead is not smooth in any way. Given that it took 18 months to decide names and procedures of the committee, the obvious question becomes how long it will take actually to write a new constitution.
Negotiations leading this far included UN special envoy to Syria Gere Pedersen talking to Damascus, the oppositions, civil society activists, Turkey, Iran, Russia, and the U.S. Future steps could take years with this level of regional and international involvement but a source in the UN envoy to Syria office tells CGTN that "getting things to take off is always the most challenging part, but the rest will be easier." 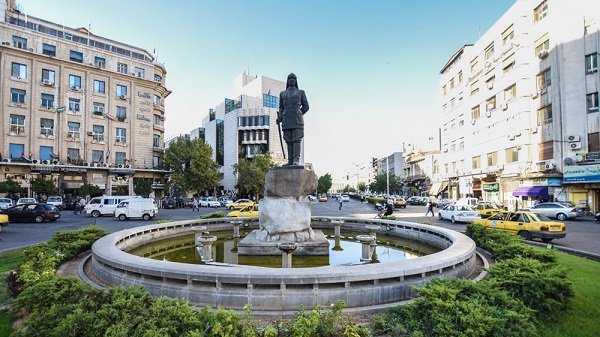 But Journalists like Ahmad Hassan think that most of the work is already cut out for the committee. "The UN has been working on several drafts and the Russians too, and they will use these drafts as a launching pad," said Hassan, who is close to the Syrian Negotiations Commission. Syria's main opposition body thinks the new constitutions will probably be another attempt to usher President Bashar al-Assad into the international community.
The committee will be made of 150 members, 50 of them chosen by Damascus and another 50 from various opposition groups and the last group is civil society activists that UN picked with some of the names being objected to by the government. Later some of the names were removed, and others remained despite objections.
Regional meddling and polarized hard-headed figures in the committee aren't the only problems hindering the committee. The Syrian Democratic Forces said they would not recognize the committee nor the constitution it will decide. The mainly Kurdish militias controlling most of northeast Syria and nearly one-third of the country's area operate in close coordination with the U.S. Let alone controlling most of the country's oil, and gas resources put the militias in a strong position to try and shift the course of events.
But despite all, "the war is not over." As the country's top diplomat Walid Al-Mouallem told Syrian TV on Tuesday and this is the main consensus in an already war-strained country. But as a Syrian playwright puts it "we as humans are sentenced to hope, eternally", hope is essential for Syria population who already lost a decade of their lives to one of the worst conflicts in human history.