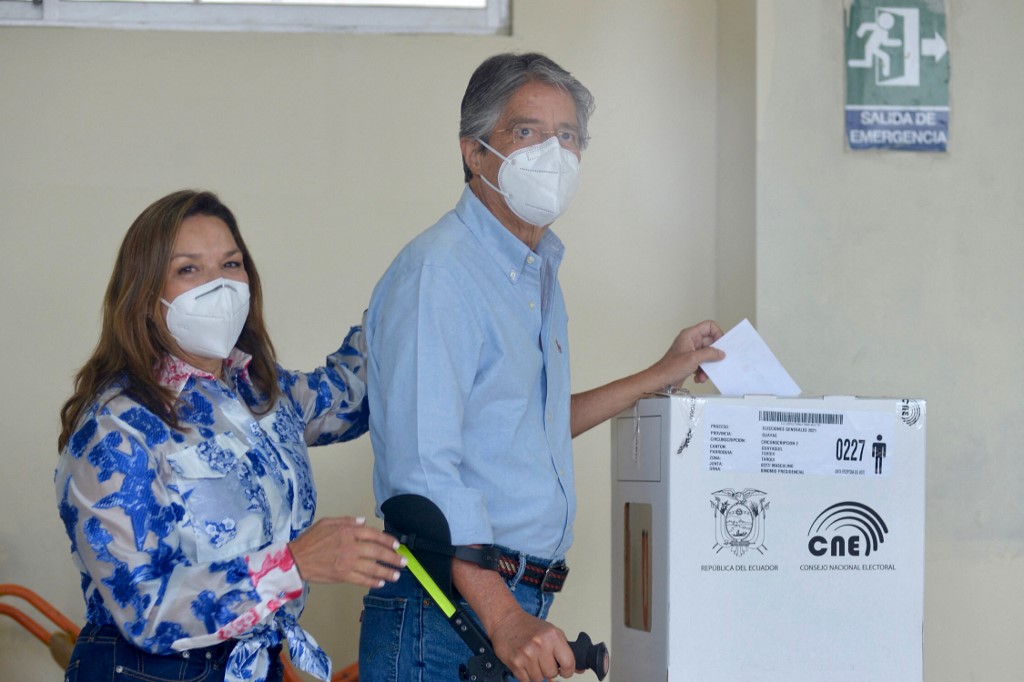 Progressive candidate and ex-minister Andres Arauz trailed in the second place with 45.03 percent of the votes, according to data from Ecuador's National Electoral Council (CNE).

In a national network broadcast, Atamaint congratulated Ecuadorians who have cast their ballots "with civic commitment and compliance with the biosafety protocol."

Some 294 international observers monitored the elections, which will decide on the successor to President Lenin Moreno.