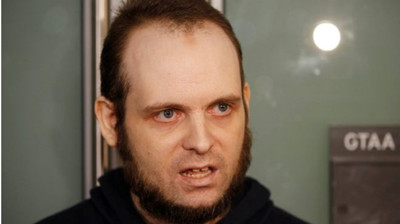 A Canadian man who was held captive in Afghanistan for five years with his wife, has been charged with 15 criminal offences, Canadian media reported on Tuesday.

He also faces charges of misleading police to "divert suspicion from himself," uttering a death threat, and administering a noxious substance, namely, Trazodone.

The charges were laid against the 34-year-old former hostage on Dec. 30, 2017. When arrested, Boyle lived in a downtown Ottawa apartment with his family.

Boyle's lawyer Eric Granger told the CTV News that Boyle is scheduled to appear at an Ottawa court Wednesday.

Upon the family's return to Canada, Boyle alleged that their captors raped his wife and caused her to miscarry a baby girl.

Canadian Prime Minister Justin Trudeau met with the Boyles on Dec. 18, which came to light after a Twitter account named "The Boyle Family" posted photos of the meeting.