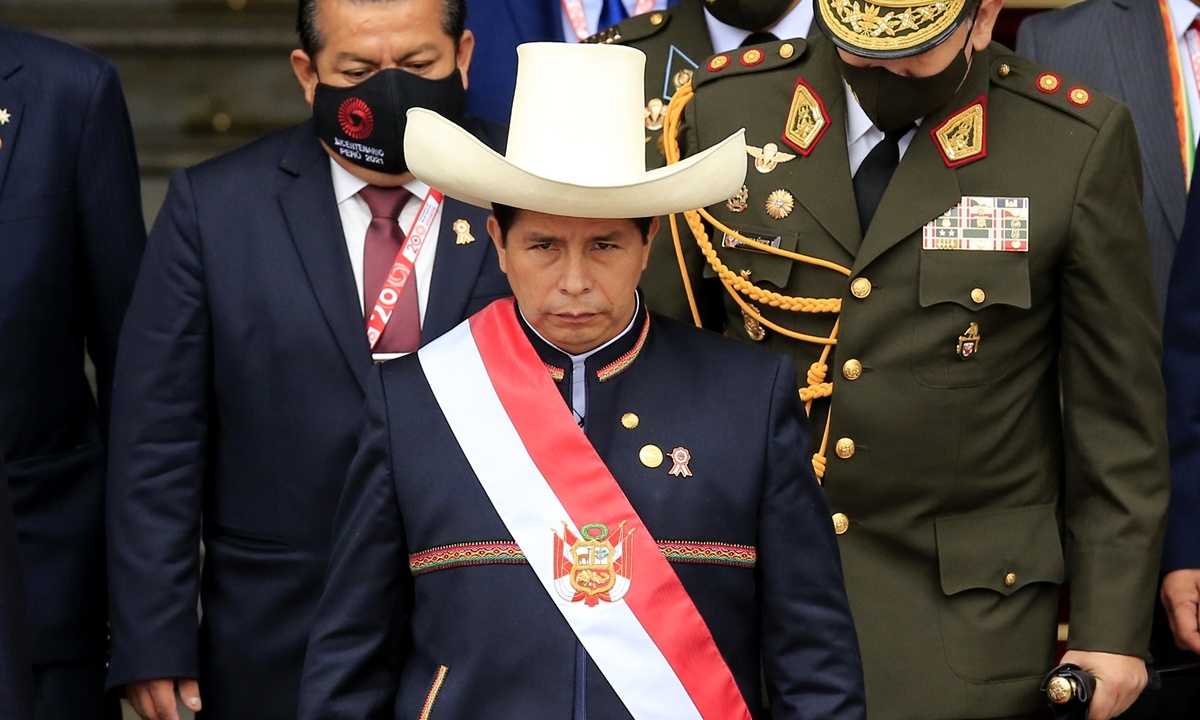 Pedro Castillo leaves the Congress after his swearing-in ceremony in Lima, Peru on Wednesday. Castillo was sworn in as president of Peru after weeks of uncertainty after defeating a right-wing rival in a hard-fought presidential runoff. (Photo: Xinhua)

Abimael Guzman, historic leader of Peru's Shining Path guerrillas - blamed for one of the insurgencies in Latin America - died Saturday in a military prison at the age of 86.

Guzman had been serving a life sentence in the maximum security prison at the Callao naval base near Lima.

His lawyer Alfredo Crespo said the navy had confirmed the death and informed Guzman's wife, Elena Iparraguirre, who herself is serving a life sentence for terrorism in a different Lima prison. Guzman was captured in 1992.

A prison statement said he died early Saturday from "complications in the state of his health." It provided no details.

"Terrorist leader Abimael Guzman has died, responsible for the loss of countless lives of our fellow citizens," President Pedro Castillo said in a tweet.

Guzman, a former philosophy professor, was considered the intellectual architect behind the group's brutal, 20-year attempt to overthrow the Peruvian government from 1980-2000.

That conflict claimed 70,000 lives, either dead or disappeared, according to the country's Truth and Reconciliation Commission.

Guzman, Peru's most famous prisoner, had been due to be transferred to a civilian prison in the coming months.

He earned a reputation as a hardened revolutionary prepared to order the massacre of an Andean village to punish it for refusing to support him.

That massacre in 1984 in a village called Soras left 117 people dead.

"Let us hope that his death at least puts to rest this way of thinking that he led, which brought so much malice to this country," Fermin said.