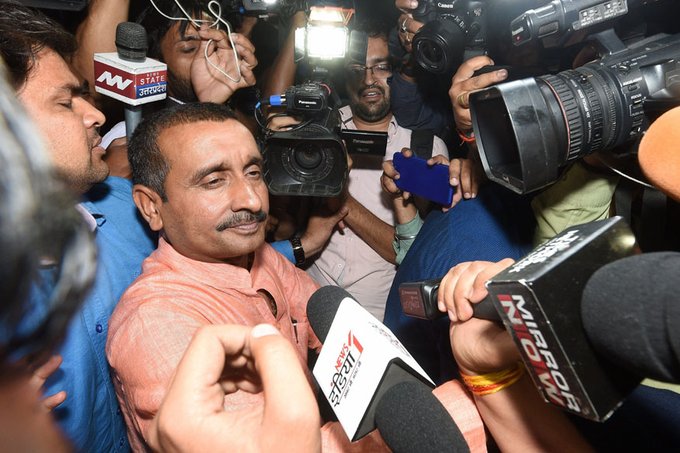 NEW DELHI, Dec. 20 (Xinhua) -- A Delhi court on Friday sentenced Kuldeep Singh Sengar, former lawmaker of northern state Uttar Pradesh, to life imprisonment for kidnapping and raping a minor girl two years ago, and then intimidating the victim and her family.

Sengar belonged to India's main ruling Bharatiya Janata Party (BJP) but was expelled by the party a few months back after formal charges were framed against him in the court case.

Four days ago the same court had found Sengar guilty of kidnapping, raping and then intimidating the minor girl.

The victim was kidnapped and raped by Sengar in 2017 when she was a minor. The court had also framed charges against his co-accused Shashi Singh in the case.

Sengar, a four-time BJP lawmaker from Uttar Pradesh's Bangermau area in Unnao district, was expelled from the party in August 2019.

The court on Aug. 9 framed charges against him under various sections of the law of the land.

On July 28 this year, the victim woman, who had accused Sengar of rape, was severely injured after the car in which she was travelling was hit by a truck. Two of her aunts were killed in the accident and her family had alleged foul play.