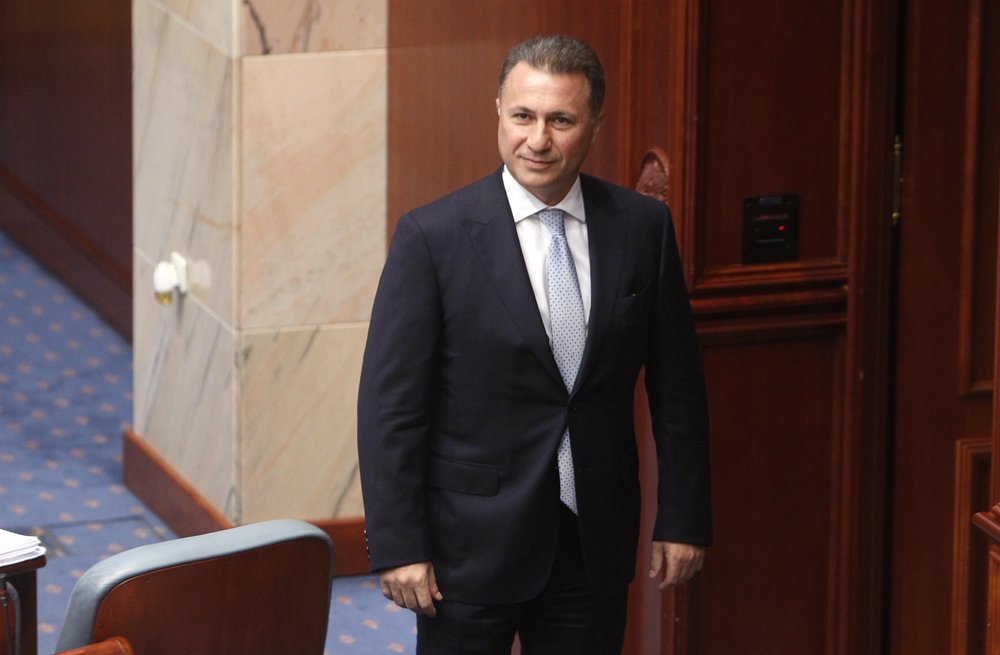 FILE - In this Friday, Oct. 19, 2018 file photo, Nikola Gruevski, former country's Prime Minister and now a lawmaker of the opposition VMRO-DPMNE, looks on in Macedonian Parliament in the capital Skopje. (Photo: AP)

SKOPJE, Nov. 14 (Xinhua) -- The Macedonian Criminal Court ordered on Wednesday a 30-day detention for the former officials from VMRO-DPMNE opposition party accused in the "Titanic" named case, Mile Janakieski and Kiril Bozinovski as they were deemed flight risks.

The court said in a statement that it was the Macedonian Special Prosecutor's Office (SPO) that requested the detention.

The Macedonian Interior Ministry confirmed that Janakieski and Bozinovski were detained in Skopje prison this morning.

After the escape of the former Macedonian Prime Minister Nikola Gruevski, Interior Minister Oliver Spasovski said Tuesday that defendants in SPO cases should be detained.

Also on Tuesday, Janakieski declared that he strongly condemns Gruevski's escape and that he does not intend to run, and that he will be in Macedonia and will come to court at the scheduled hearing for the "Titanic" case.

"I condemn this act, because it will negatively affect all of the court cases, especially in those cases where we are accused together," stated Janakieski.

Janakieski served as Minister of Transport and Communications in the cabinet of Gruevski until May 2015, whereas Bozinovski as the former government secretary-general.

In February 2016, the Macedonian Special Prosecutor Katica Janeva announced the first operation undertaken by her office dubbed "Titanic". The Special Prosecutor explained that in the operation, official investigations were launched into former Macedonian Interior Minister Gordana Jankuloska, Janakieski and Bozinovski, for criminal conspiracy, violations of the right and freedom to vote, bribery and the destruction of election material in 2012.

They are all being investigated for electoral fraud.