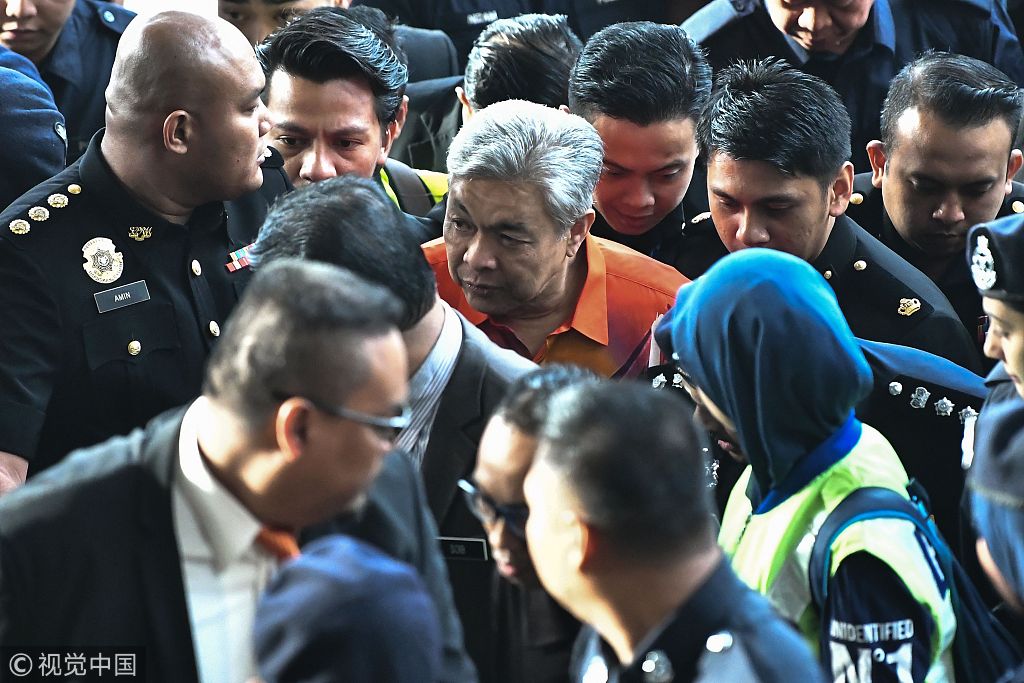 Zahid, who is also president of the former ruling party United Malays National Organization (UMNO), pleaded not guilty at a Kuala Lumpur court.

With the support of the Malaysian Islamic Party (PAS), UMNO won a parliamentary by-election recently, handing an election setback for the ruling coalition.

However, PAS is facing investigation for allegedly receiving at least 90 million ringgit ($22 million) from UMNO before the general elections last year in exchange for support.

Several current and former leaders of the party had their statements recorded by the country's anti-corruption body.