KUALA LUMPUR, Aug. 8 (Xinhua) -- Former Malaysian Prime Minister Najib Razak on Wednesday was charged with three offenses related to money-laundering and anti-terrorism financing, in addition to several counts of criminal breach of trust and corruption charges that were served in early July. 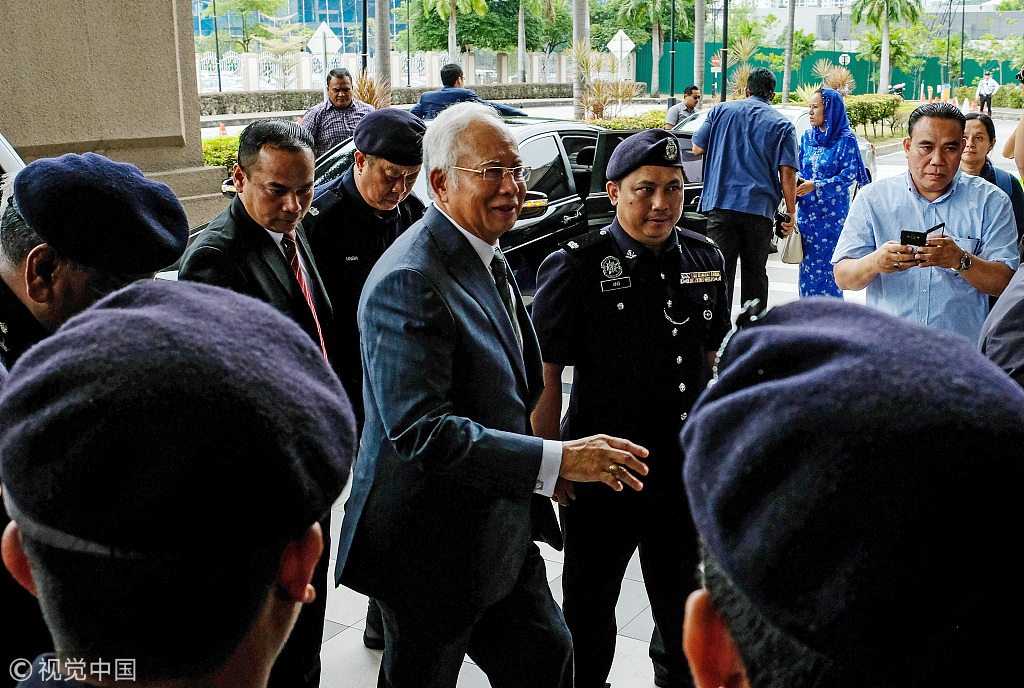 The former leader appeared at the Kuala Lumpur Courts complex at around 9 a.m. local time for a pre-trial case-management hearing.

After the prosecution team read the charges, the judge decided that Najib's case would be transferred to the high court.