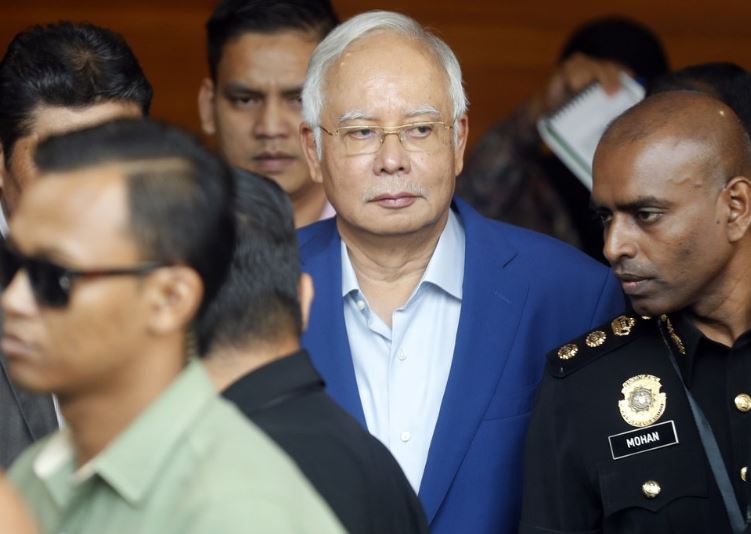 Former Malaysian PM Najib Razak, pictured here in May 2018 when he was first brought in for questioning by local authorities. (Photo: AP)

Najib was questioned by the Malaysian Anti-Corruption Commission (MACC) on Wednesday and is expected to face additional charges along with two of his former senior aides.

In a statement, the MACC said it had received permission to charge Najib, who was also the finance minister when in office, and former Treasury secretary-general Mohd Irwan Serigar Abdullah.

The two were summoned to the MACC headquarters to complete the final processes of investigation and charges, and will be facing charges over breach of trust involving funds belonging to the Malaysian government, the commission added.

Najib is already facing 32 charges including money laundering, abuse of power and criminal breach of trust related to the investigation into state investment company 1Malaysia Development Berhad (1MDB), where hundreds of millions of dollars were allegedly went missing.

It is unknown how many further charges will be added when he is to be summoned to a Kuala Lumpur court on Thursday.

MEIO was an intelligence unit under the Prime Minister's Department during the Najib administration, and Hasanah was reported to have misappropriated millions of funds. She was also involved in controversies for writing a letter to the US Central Intelligence Agency before the general election in May to seek US support for Najib.