Former Malaysian Prime Minister Najib Razak has been summoned by the anti-corruption agency for a new round of questioning and will face new charges in relation to money-laundering and anti-terrorism financing, said the Malaysian Anti-Corruption Commission (MACC) on Tuesday. 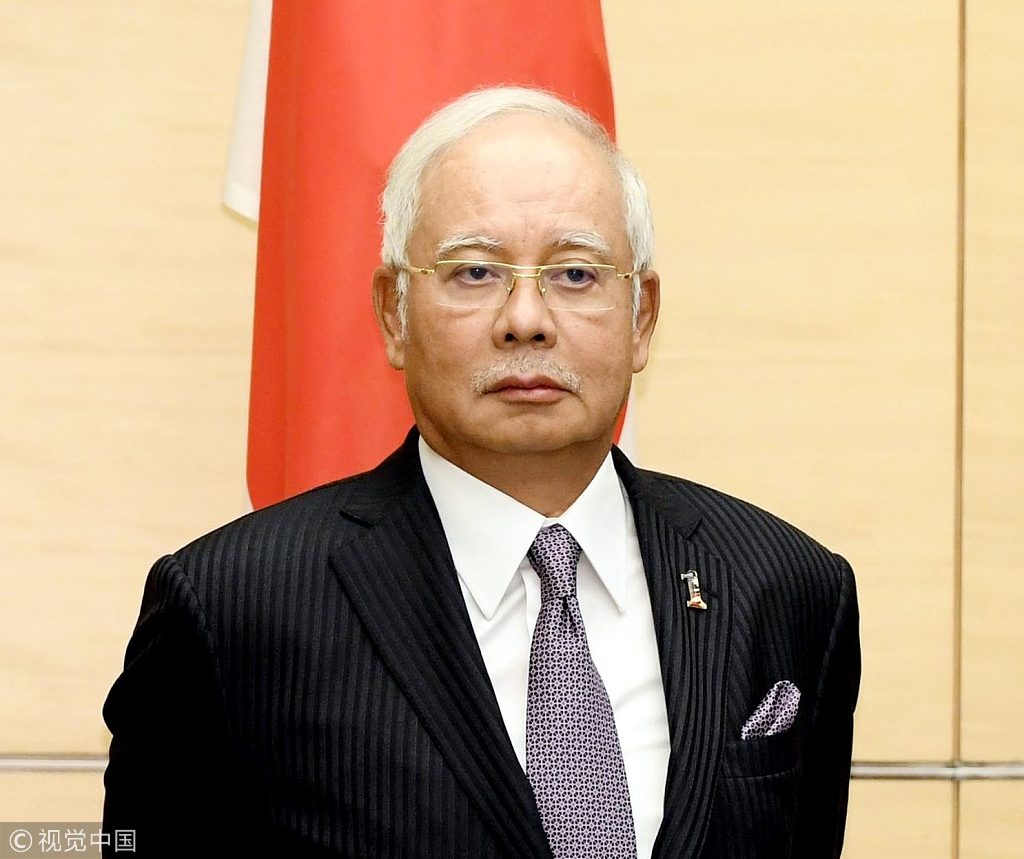 Najib arrived at the MACC premises in Kuala Lumpur at around 5:00 p.m. local time, where he spent 45 minutes to record his statement, said MACC in a statement.

While the statement confirmed that the questioning was related to the investigation into Najib's role in SRC International, a former unit of state fund 1MDB, it added that he will face new charges under the Anti-Money Laundering Act and the Anti-Terrorism Financing and Proceeds of Illegal Activities Act.

Najib, who was charged with criminal breach of trust but was granted bail in early July, was about to appear in court on Wednesday for a pre-trial case management hearing. The previous indictment was built on a 42-million-ringgit (10.3 million U.S. dollars) deposit into his personal bank account by SRC International.

Contrary to previous reports that Najib will have to stay at the MACC unit during the night, he was allowed to leave after the questioning, video footage posted on social media showed.

Also on Tuesday, Equanimity, a luxury yacht allegedly to be purchased with stolen money from 1MDB, arrived at the Malaysian Klang Port, indicating that the Malaysian government is expanding the probe surrounding the 1MDB scandal. The yacht was previously impounded by Indonesian authorities.