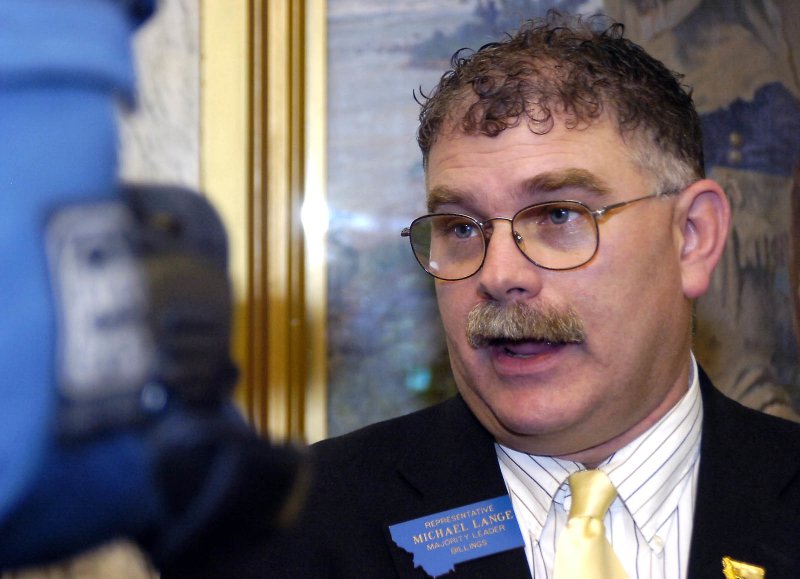 A former leader of the Montana House of Representatives who once supported funding for an anti-drug campaign was sentenced to 18 years in prison Thursday for his central role in a methamphetamine trafficking ring.

Michael Lange, the Republican House majority leader during the 2007 Legislature, arranged deliveries of at least 20 and possibly up to 50 pounds (nine and possibly up to 23 kilograms) of meth from a source in California over a seven-month period in 2016, prosecutors said. It was sold through a network of approximately 15 to 20 dealers in Montana and Wyoming, according to federal prosecutors and an FBI drug task-force officer.

Lange pleaded guilty in September to drug conspiracy and distribution charges. He apologized at his sentencing but drew a sharp rebuke from U.S. District Judge Susan Watters after Lange appeared to minimize his involvement in the trafficking ring and claimed the truth of what happened had never been revealed.

“You don’t get it, Mr. Lange,” Watters said. “For you to tell me in your letter of acceptance that it was never your intention for this methamphetamine to get out into the community is completely incredible to me. ... What did you think was going to happen?”

Lange claimed prior to Thursday’s sentencing that he trafficked just 7 pounds (3 kilograms) of the drug, according to court documents. Prosecutors said that was contradicted by his own statements to investigators. They said one of his distributors had put the amount at up to 50 pounds.

During his three two-year terms in the Legislature, Lange supported giving $4 million in state money to an anti-methamphetamine public relations campaign, the Montana Meth Project. He was ousted from his leadership position after being captured on video in a profane tirade against then-Gov. Brian Schweitzer, a Democrat.

Lange, 57, lived a crime-free life until 2014, when he was charged with driving under the influence after moving to California to launch a new business and starting to cocaine, according to prosecutors and defense attorney Ashley Harada.

That same year, he committed a second DUI in California in conjunction with a felony charge of possessing over an ounce (28 grams) of methamphetamine for sale. He was sentenced to 16 months in prison in that case, according to court records.

Within months of his release, Lange began dealing much larger quantities of the drug, prosecutors said.

He was indicted in February 2017 after an investigation that began when three alleged dealers identified him as their supplier following their apprehension in Wyoming.

The source of the drug in California — identified in court papers only as “Manny” — has not been indicted.

Co-defendant Jose Soltero acknowledged acting as a middleman and interpreter for Lange and Manny. He received a 12-year prison sentence Wednesday.

Soltero claimed he got involved under duress after he and his family were threatened with violence.

Three others charged in the case received prison sentences of five to six years each. The defense requested a 10-year sentence for Lange, arguing that the other defendants had been as or more involved in the drug ring compared with the former lawmaker.

Harada, the attorney, said no decision had been made on whether to appeal Lange’s sentence.

Prosecutors described Lange as the central player in the conspiracy, responsible for receiving and redistributing methamphetamine and then returning the proceeds back to California.

Assistant U.S. Attorney John Sullivan said Lange had become a “wrecking ball” within a community he once represented in the Legislature. The prosecutor blamed methamphetamine as the driving force behind violent crimes and a spate of child neglect cases in the Billings area.

“He held a very respectable position as a Montana politician,” Sullivan said. “For him to turn around and do this to a community in which he has lived for so long has a truly staggering effect.”