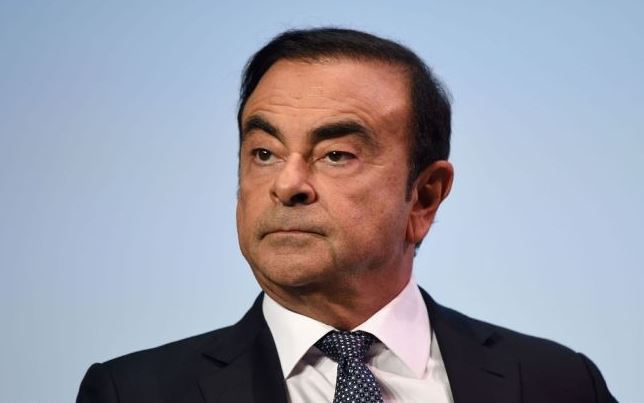 File picture taken on October 1, 2018 Nissan Motors Chairman and CEO Carlos Ghosn attends the event "Tomorrow in Motion" on the eve of the first press day of the Paris Motor Show in Paris. (Photo: VCG)

Former Nissan Motor Co. chairman Carlos Ghosn was given a fresh arrest warrant Friday for allegedly having the Japanese automaker shouldering his private investment losses of some 1.85 billion yen ($16.6 million).

It was the third arrest warrant for Ghosn following the ones for claims that he had underreported remuneration in securities reports.

Ghosn was initially arrested on Nov. 19 for allegedly understating about five billion yen ($45 million) of his 10 billion yen compensation during the five years through March 2015.

He was given a second arrest warrant on Dec. 10 for allegedly understating an additional 4.27 billion yen ($38.4 million) for the three years through March this year.

The new warrant was served following an exceptionally rare move by the Tokyo District Court to reject a request from prosecutors to extend the detention of Ghosn the previous day.

Japanese Justice Minister Takashi Yamashita told reporters on Friday that the arrest and detentions are in accordance with Japan's relative laws and regulations.

Ghosn for his part, admitted to the Tokyo prosecutors his remuneration was not fully reported in the securities reports, but maintained that he did not have to report payments that have yet to be settled, said local reports quoting investigative sources.

He also reportedly said that one of the reasons he did not report the full amount of his earnings was that he did not want his workers to become demotivated on hearing the details of his substantial pay package.

The prosecutors, however, based on documents obtained, refuted Ghosn's claims that post-retirement payments had not yet been settled.

Ghosn, a French citizen who was born in Brazil, joined Nissan in 1999 and brought the ailing automaker out of its financial difficulties under a capital alliance with Renault. He became Renault's CEO in 2005.