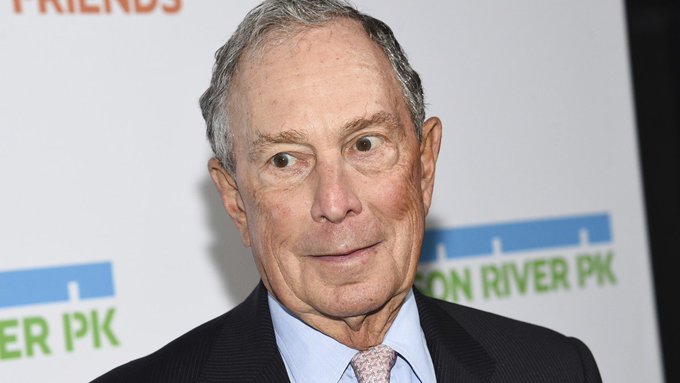 Bloomberg, 77, was preparing to file paperwork this week to declare himself a candidate in the Alabama presidential primary ahead of the state's filing deadline Friday, the New York Times and other media outlets reported on Thursday afternoon.

Bloomber is doing this to keep his options open, the source added.

In a series of tweets on Thursday afternoon, Howard Wolfson, a top advisor to Bloomberg, said the philanthropist "would offer a new choice to Democrats" if he decides to run.

"We now need to finish the job and ensure that (President Donald) Trump is defeated -- but Mike is increasingly concerned that the current field of candidates is not well positioned to do that," Wolfson said.

Currently, Forbes is placing Bloomberg's net worth at 52 billion U.S. dollars, which means he's one of the world's wealthiest individuals.

Bloomberg, who cofounded financial information and media company Bloomberg LP in 1981, was mayor of New York City from 2002 to 2013, serving three terms.