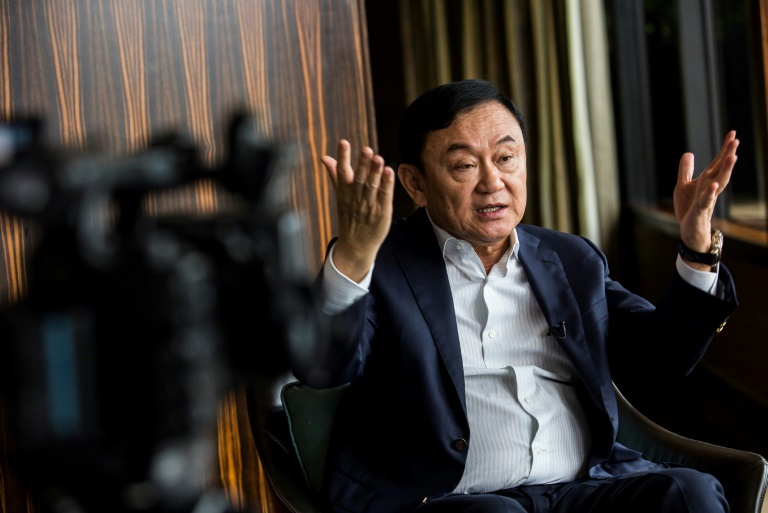 Former Thai prime minister Thaksin Shinawatra hit out during an interview with AFP in Hong Kong on Monday, accusing the junta of stacking the deck in its favour ahead of the vote and using dirty tricks at the ballot box. (Photo: AFP)

Thailand's election was marred by "irregularities" and "rigged" to ensure the military retain their political grip on the kingdom, former premier Thaksin Shinawatra told AFP in an interview on Monday.

"Everyone knows in Thailand, everyone international that observed the election in Thailand, knows that (there) is irregularities," he told AFP in English. "What we call, we should call, rigged elections is there. It's not good for Thailand."

The 69-year-old tycoon was ousted in a 2006 coup and has since chosen self-exile in Dubai, but has remained a towering figure in Thailand's decade-long treadmill of protests and coups.

In the months running up to Sunday's vote Thaksin had remained tight-lipped.

But he hit out during an interview with AFP in Hong Kong on Monday, accusing the junta of stacking the deck in its favour ahead of the vote and using dirty tricks at the ballot box.

"Any game, if the rule and the referee is not fair, the result will not be respected," he said.

Asked whether he thought the vote was rigged he replied: "Definitely".

When pushed for evidence he listed reports of suspiciously high ballots cast for the pro-military party in key provinces as well as the large number of votes that were invalidated by election officials.