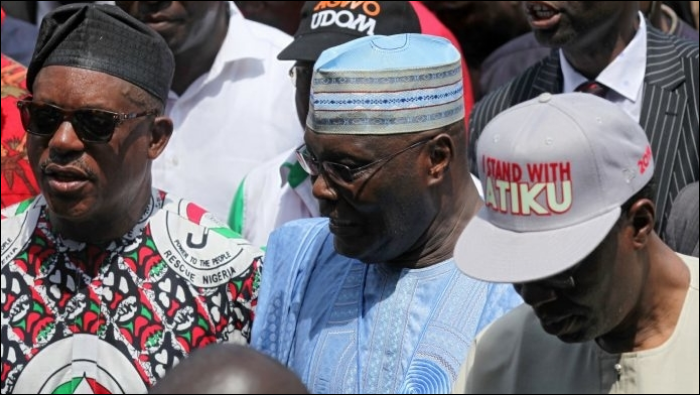 Nigerian former president Olusegun Obasanjo backed his former deputy on Thursday for next year’s presidential election, ending a public feud that had threatened to undermine the main opposition candidate.

Atiku Abubakar, who on Sunday won the race to be the candidate of the opposition People's Democratic Party (PDP), was vice president under Obasanjo from 1999-2007 but their relationship became strained at the time.

Opposition to his candidacy by Obasanjo – a former military ruler who was democratically elected when Nigeria switched to civilian rule 19 years ago and remains influential – could have cut Abubakar's access to vital patronage networks needed to mobilise grassroot support and funds.

Abubakar poses the biggest challenge to President Muhammadu Buhari, who is seeking a second term in the February election. The country emerged in 2017 from its first recession in 25 years but economic growth remains sluggish and inflation is above the central bank's single-digit target.

"You have capacity to perform better than the incumbent. You surely understand the economy better; you have business experience, which can make your administration business-friendly and boost the economy and provide jobs," Obasanjo said in a statement carrying comments addressed to Abubakar.

Abubakar has long enjoyed support from the business elite in Nigeria's commercial capital Lagos for his conservative-capitalist ideals and as vice president he implemented a liberalisation programme in areas including the telecoms sector.

The statement was issued when the two men met in the southwestern city of Abeokuta where they posed for pictures that were posted on Abubakar's Twitter feed.

"Whenever or wherever you might have offended me, as a Christian who asks for God's forgiveness of my sins and inadequacies on daily basis, I forgive and I sincerely advise you to learn from the past," said Obasanjo.

Abubakar, 71, told Reuters earlier this year that if elected he would privatise parts of the state oil company and allow the naira currency to float to attract foreign investment.

Buhari's spokesman, Garba Shehu, said the former president's comments amounted to a "predictable U-turn and somersault". Shehu added: “We will not allow ourselves to be distracted.”