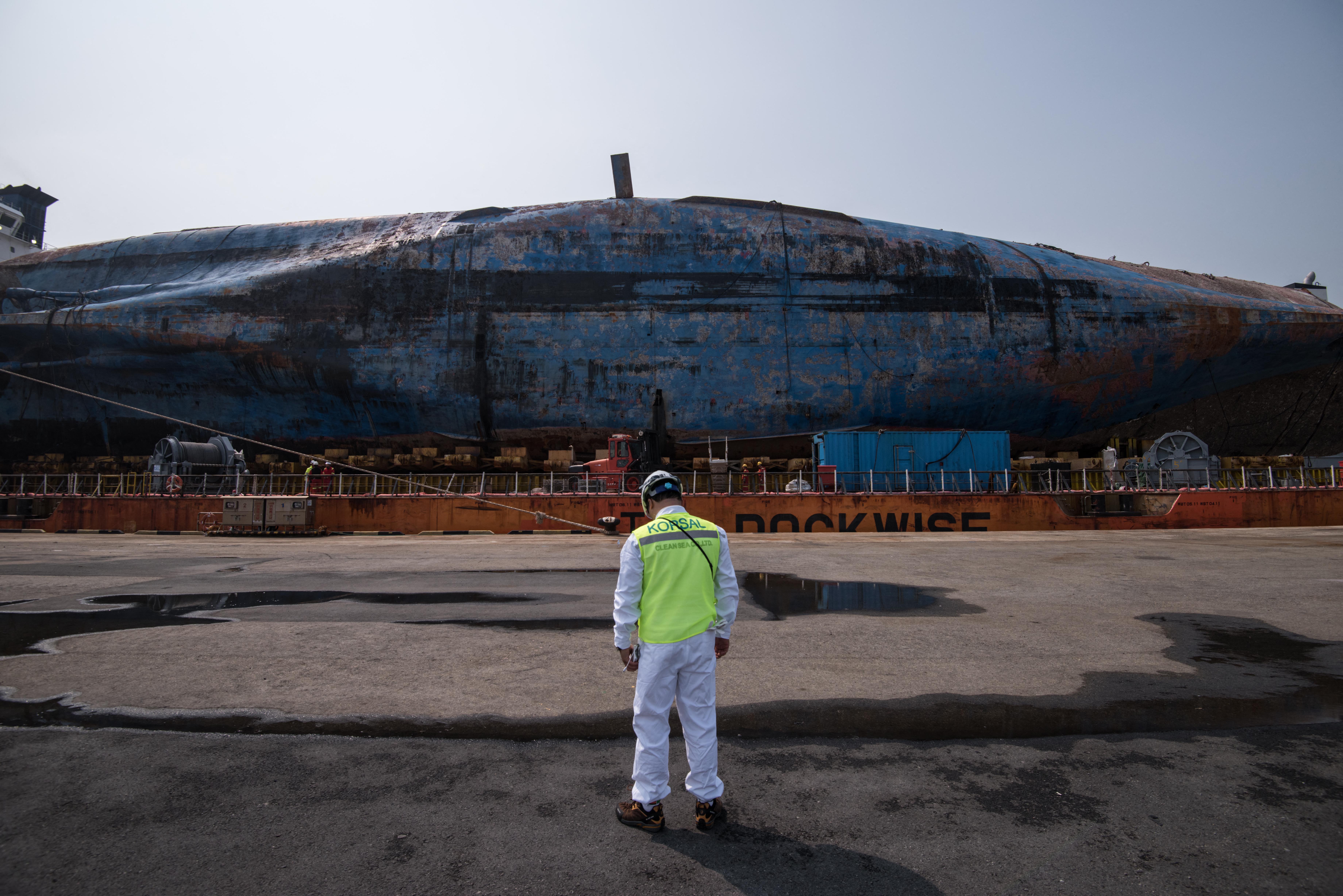 A worker stands before the wreck of the Sewol ferry after it arrived mounted on a semi-submersible barge at a port in Mokpo on March 31, 2017. (Photo: AFP)

A former South Korean coastguard chief was cleared of negligence Monday over bungled rescue operations for one of the country's deadliest maritime disasters, when more than 300 people were killed, most of them schoolchildren.

The Sewol ferry capsized off the south coast in April 2014, and many of the students -- who were on a school trip -- obeyed orders to stay in their cabins as the vessel slowly sank. 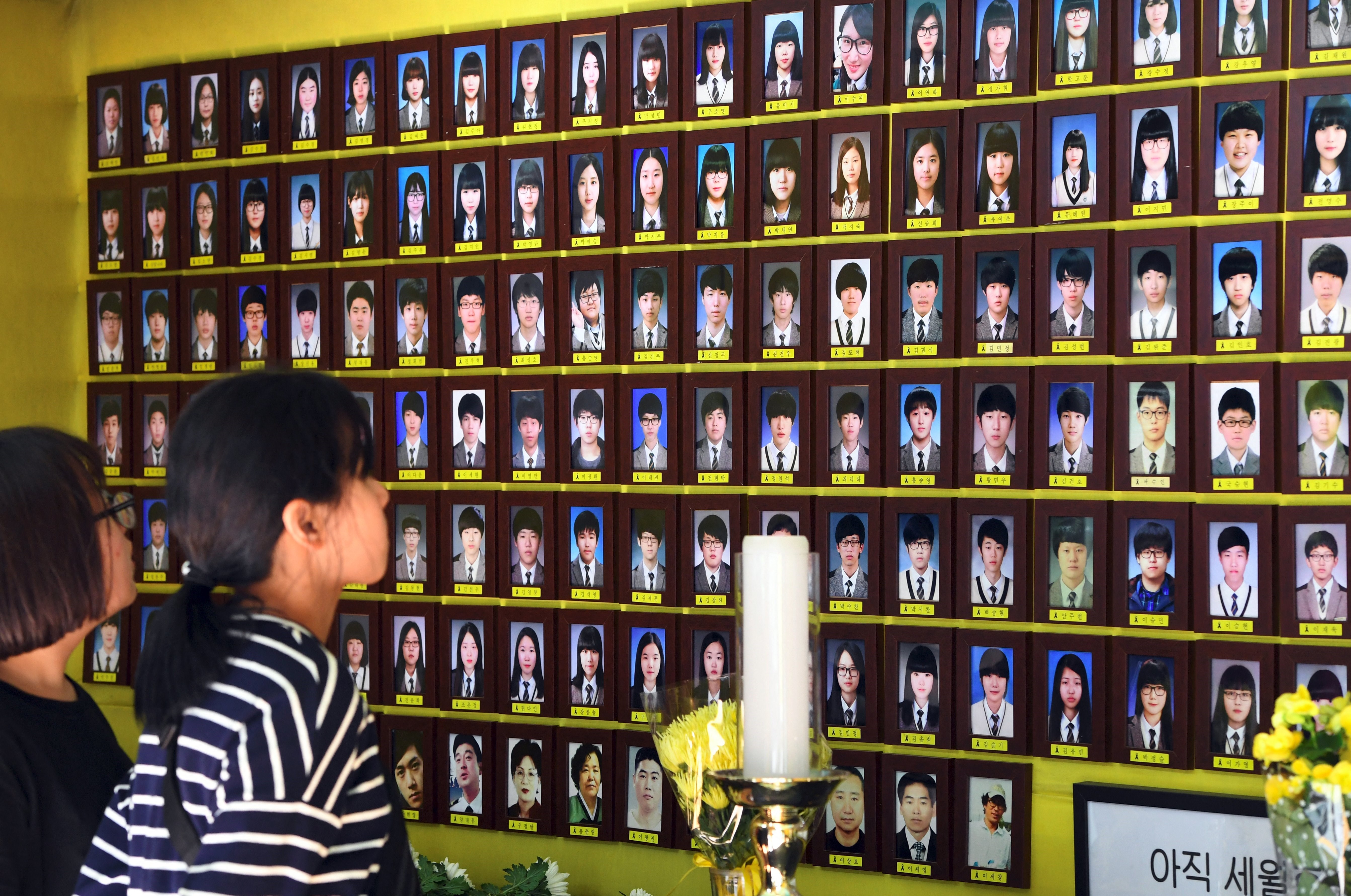 Visitors pray in front of portraits of victims of the 2014 South Korea's Sewol ferry disaster at a memorial altar in Seoul on May 25, 2017. (Photo: AFP)

The disaster triggered public fury when it emerged that then-president Park Geun-hye was uncontactable for several hours as the incident unfolded.

The Seoul Central District Court found Kim Suk-kyoon, who led the coastguard at the time, not guilty in connection with the botched rescue efforts.

It also acquitted nine other current and former coastguard officials indicted on the same charges.

"It is hard to judge that the defendants' actions constituted professional negligence," the verdict said, according to media reports.

An evacuation order was issued and was "an appropriate call of action based on information provided to the defendants", it added.

Kim earlier apologised to the bereaved families over the accident but denied accusations of negligence.

The Sewol's captain Lee Joon-seok -- one of the first people to leave the sinking ship, abandoning hundreds of children trapped inside -- was convicted of negligence and murder in 2015 and sentenced to life in prison.

Other crew members were jailed for terms ranging from 18 months to 12 years.