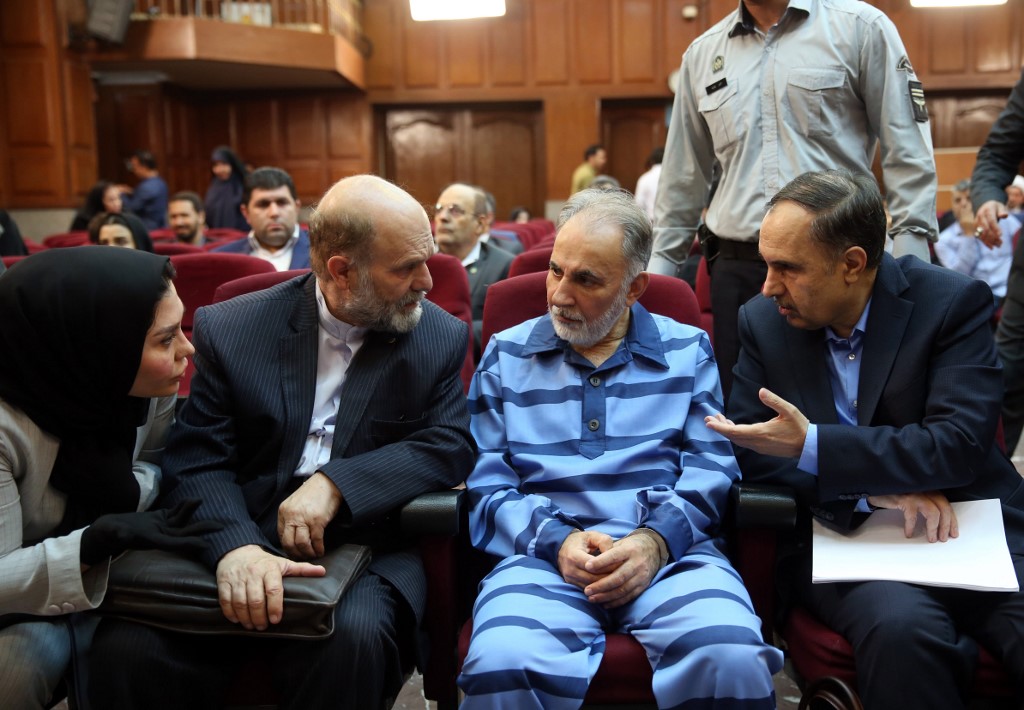 Former Tehran mayor Mohammad Ali Najafi (2nd-R), accused of shooting his second wife, speaks with his lawyer ahead of his trial at Iran's criminal court on July 13, 2019.(Photo: AFP)

The sentence can be appealed in Iran's supreme court, Esmaili was quoted as saying by official IRNA news agency.

On May 28, Mitra Ostad, the second wife of Najafi, was shot dead at her home in the northern district of the Iranian capital.

Najafi confessed to the murder of his wife, saying that family dispute was the cause of the murder.

Najafi is an Iranian reformist politician who has been the mayor of Tehran for eight months until April 2018.

Before his detention on May 28, he was serving as an advisor in the cabinet of the Iranian President Hassan Rouhani.