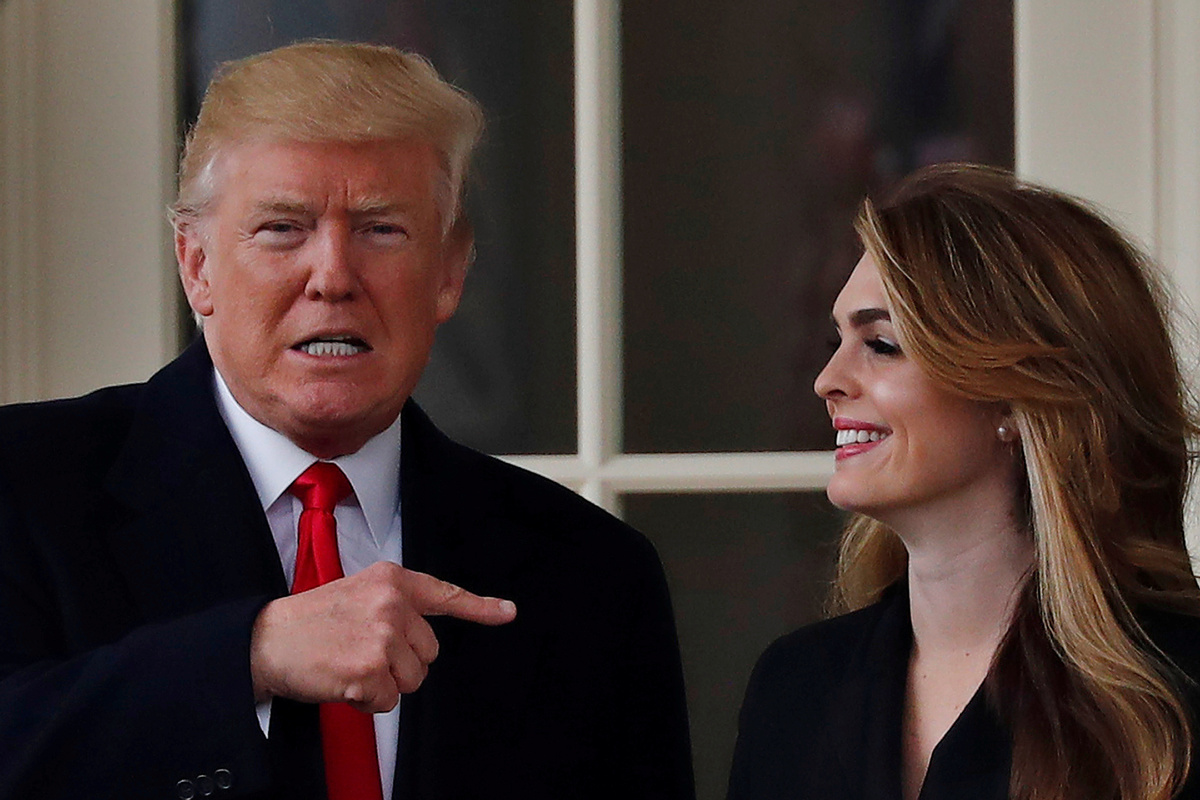 US President Donald Trump reacts as he stands next to former White House Communications Director Hope Hicks outside of the Oval Office as he departs the White House for a trip to Cleveland, Ohio, in Washington D.C., US, March 29, 2018. (Photo: Agencies)

Hicks, scheduled for a closed-door, transcribed interview with the committee on June 19, was "a key witness" for special counsel Robert Mueller, who led the Russia investigation that was concluded earlier this year, according to a statement issued by Chairman Jerrold Nadler.

Nadler said the interview will include questions about Hicks' time on Trump's 2016 presidential campaign and in the White House.

"We look forward to her testimony and plan to make the transcript promptly available to the public," the New York Democrat added.

Last week, Hicks agreed to supply documents from Trump's campaign to the committee, after the White House instructed her not to cooperate with a subpoena from the House panel.

The White House and Democrats are locked in a political battle over congressional power to conduct oversight. The House Judiciary Committee is looking into whether the president obstructed Mueller's inquiry.

The special counsel concluded his 22-month investigation in March by submitting a report to Attorney General William Barr and a redacted version was made public in April.

The report stated that there was no evidence that Trump's campaign conspired with the Russian government during the 2016 US presidential election but didn't conclude if the president had obstructed justice.

Instead, Mueller recounted 10 episodes involving Trump and discussed potential legal theories for connecting these actions to elements of an obstruction offense.

It was the Department of Justice that concluded that the Mueller did not have "sufficient" evidence to support a charge in the obstruction case, a move that has drawn scrutiny from Democrats.

Hicks, 30, was an employee of the Trump Organization before becoming press secretary and early communications director for Trump's presidential campaign.