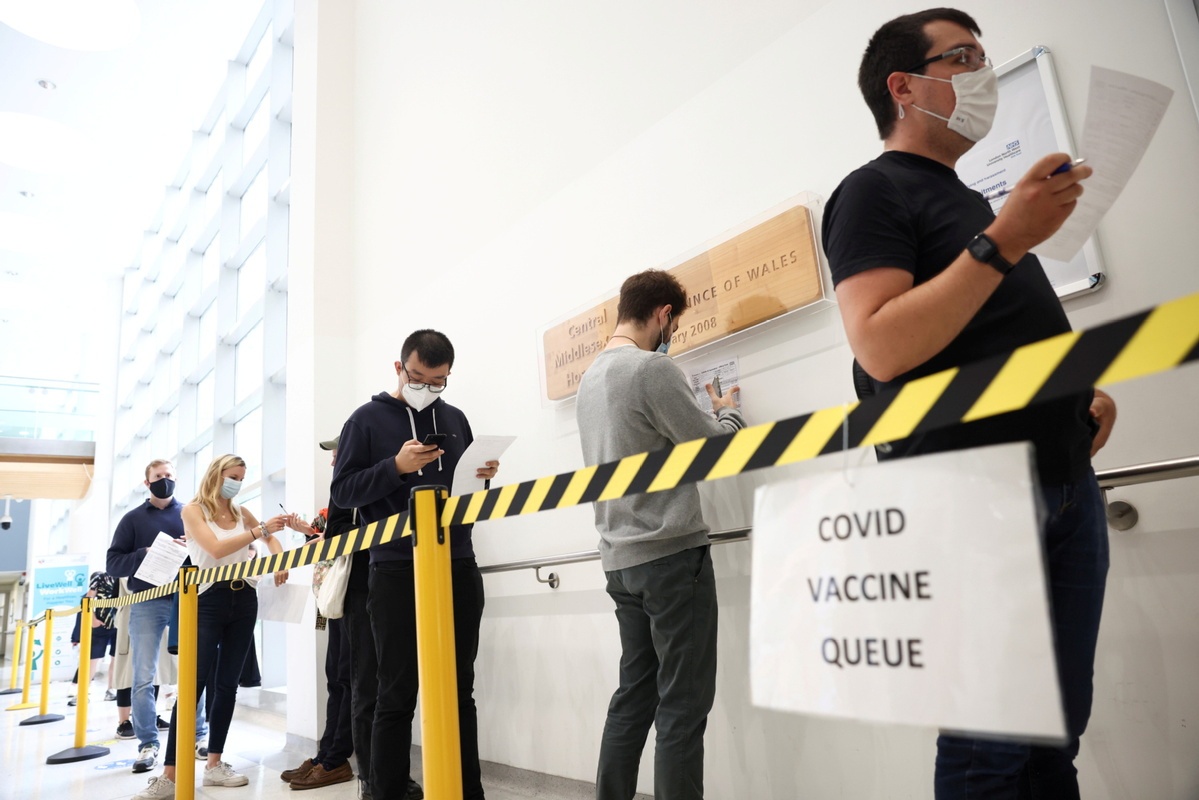 People queue to receive a dose of the Pfizer BioNTech vaccine at the Central Middlesex Hospital in London, Britain, August 1, 2021. (File photo: Agencies)

Wealthy Western nations' hoarding of vaccines will result in thousands of needless deaths from COVID-19 in the world's poorest countries every month, unless urgent steps are taken to distribute jabs more fairly, former British Prime Minister Gordon Brown has said.

"Thousands will die this month and for the foreseeable future, not because there are too few vaccines being produced but because they are being hoarded in places that now need them least," said Brown in an article for the Guardian, published on Thursday.

Brown, who has repeatedly urged the G7 to share the benefits of vaccine breakthroughs more widely, said the collective failure to turn scientific success into protection for all was a "moral catastrophe."

"If the world were a state, we might well call it a failed one,"added Brown.

The G7 summit hosted by British Prime Minister Boris Johnson in Cornwall in June pledged to make 870 million doses available to poor countries through the World Health Organization's COVAX procurement programme, but had so far provided only 100 million of them, Brown said.

The former prime minister called on US President Joe Biden to convene a special G7 summit on the margins of this month's United Nations General Assembly to agree a plan to transfer the West's unused supplies to countries in need of them.

Releasing 500 million doses by the end of September and 200 million doses a month thereafter would allow poor countries to immunise 60 percent of their populations by the middle of next year, he said.

Data showed that vaccine production was already at 1.5 billion doses a month and would exceed 2 billion a month by the end of the year.