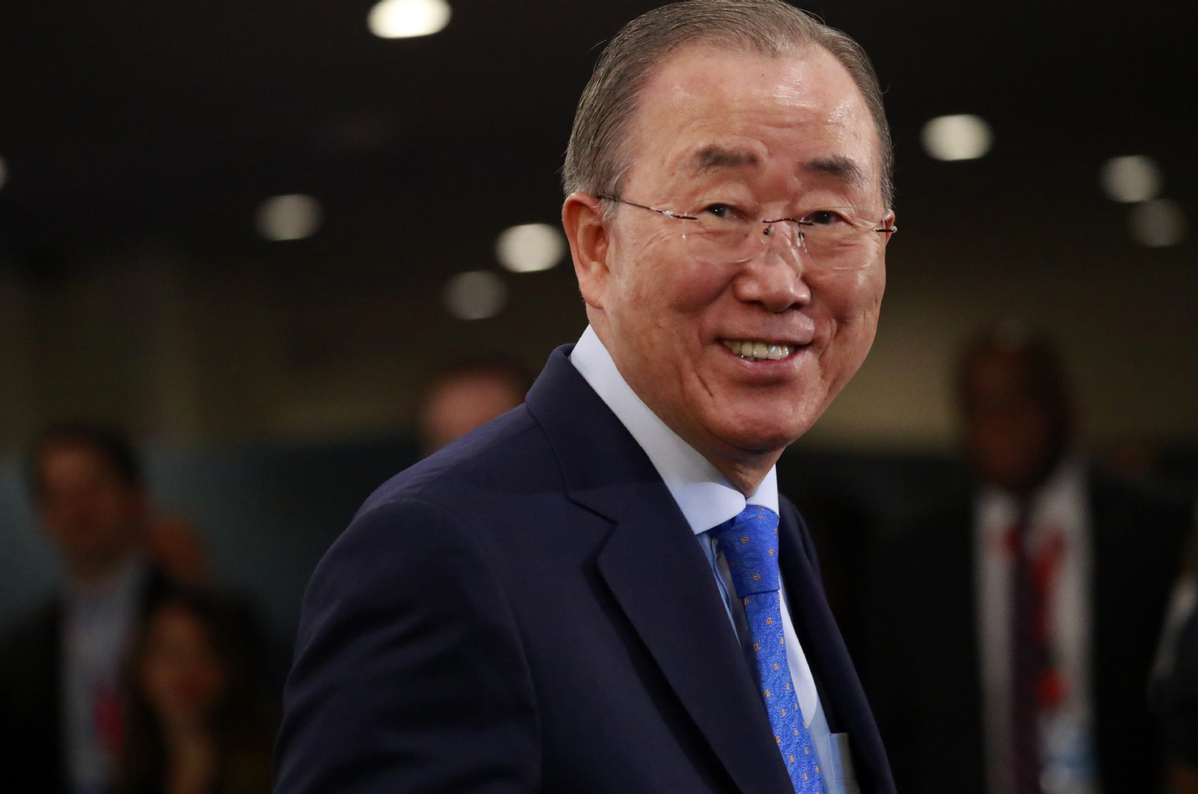 Ban Ki-moon, the former secretary-general of the United Nations, has called on the UN to support and cooperate with the World Health Organization in the fight against the novel coronavirus outbreak that has affected more than 40 countries and territories.

Speaking at the Global Soft Power Index Summit in London on Tuesday, Ban said the fact that more than 80,000 people had been infected with the COVID-19 virus means there must be global cooperation to counter it.

"This virus does not have any borders," he said. "It is of trans-border nature, so it is very important to have international cooperation. The United Nations should really fully support and cooperate with the WHO."

Ban pointed out that the WHO is a specialized organization that might not have sufficient facilities and capacity to handle global epidemics, so he urged the incumbent UN secretary general, Antonio Guterres, to take action on a global scale to address the outbreak.

His remarks came as China reported consecutive sharp falls in the number of deaths and new cases as the situation in the country appeared to have gradually calmed down.

Outside of China, South Korea, which is Ban's homeland, currently has the largest outbreak, with more than 1,260 people infected and at least 12 having died.

Italy has the highest number of cases in Europe, with more than 370 people having contracted the virus. Several other European countries, including Austria, Croatia and Switzerland, have also confirmed their first novel coronavirus cases, which were all linked to the outbreak in Italy.

In the Middle East, more than 130 people have tested positive in Iran alone, including the nation's deputy health minister.

While Ban said he remains optimistic about China's handling of the outbreak, he expressed concern that the virus had spread to countries that may be less well equipped to address such infectious diseases.

"I think China has the capacity to handle (the outbreak), but if this kind of virus is spread to other developing countries, which do not have rich resources and capacity in terms of medical facilities, then I am afraid we really have to take all the necessary measures to prevent this virus from further spreading around the world," he said.

Since the virus outbreak, which began in the Chinese city of Wuhan last December, the United States and a number of other countries have placed temporarily bans on people who have recently visited China.

Ban said, because of the transboundary nature of this virus, merely prohibiting the free movement of people may not be the answer to containing the outbreak.

"It's very important not to alienate or criticize some countries …What I'm asking is not just to focus on any one country, like China. We have to learn the lessons from what has transpired during the last month or so," he said.