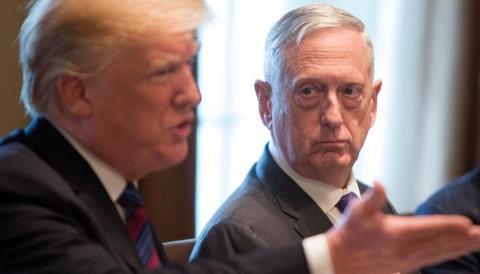 "Donald Trump is the first president in my lifetime who does not try to unite the American people -- does not even pretend to try. Instead, he tries to divide us," said the revered Marine general, who resigned as the Pentagon chief in December 2018 in protest against Trump's Syria policy.

"We can unite without him, drawing on the strengths inherent in our civil society. This will not be easy, as the past few days have shown, but we owe it to our fellow citizens; to past generations that bled to defend our promise; and to our children," he said.

Mattis's excoriation came as Trump threatened to send in active-duty military forces to quell the ongoing protests against police brutality and racial discrimination that have spread to over 300 U.S. cities and towns following the killing of George Floyd, an unarmed black man in Minneapolis, by white police.

"We should use our military only when requested to do so, on very rare occasions, by state governors. Militarizing our response, as we witnessed in Washington, D.C., sets up a conflict -- a false conflict -- between the military and civilian society," Mattis said.