A group of former US national security officials is set to release a statement arguing there is no justification for US President Donald Trump to use a national emergency declaration to fund a wall along the US-Mexico border. 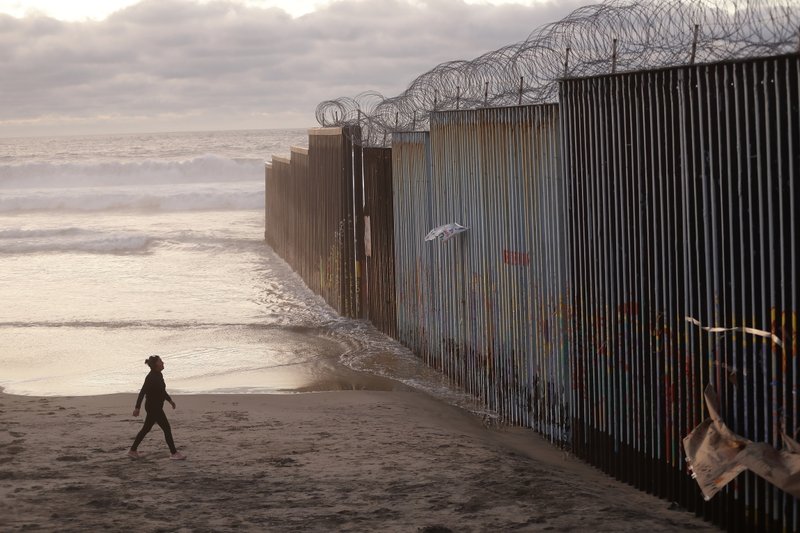 In this Jan. 9, 2019 file photo, a woman walks on the beach next to the border wall topped with razor wire in Tijuana, Mexico. (Photo: AP)

The statement, which was reviewed by The Associated Press, has 58 signatures from prominent former officials, including former Secretaries of State Madeline Albright and John Kerry, former Defense Secretaries Chuck Hagel and Leon Panetta and former Homeland Security Secretary Janet Napolitano.

The statement is set to be released Monday, a day before the Democratic-controlled House is expected to vote to block Trump from using the declaration. The measure is sure to pass, and the GOP-run Senate may adopt it as well, though Trump has already promised a veto.

"There is no factual basis for the declaration of a national emergency," says the statement, which argues that border crossings are near a 40-year low and that there is no terrorist emergency at the border.

Trump declared an emergency to obtain wall funding beyond the $1.4 billion Congress approved for border security. The move allows the president to bypass Congress to use money from the Pentagon and other budgets.

Trump's edict is also being challenged in the federal courts, where a host of Democratic-led states such as California are among those that have sued to overturn Trump's order.