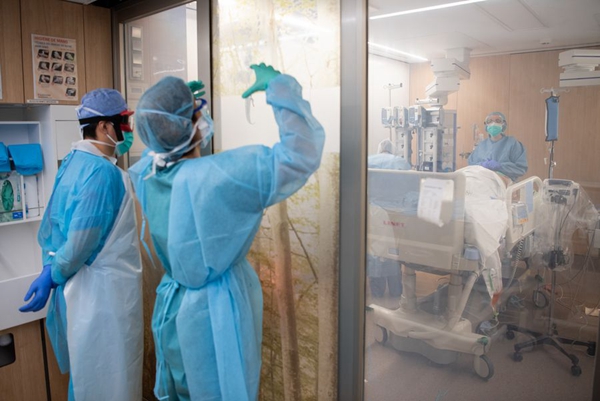 A total of 165 former world leaders, economists and academics have called for the G20 to help coordinate global efforts against COVID-19 and tackle both health and economic emergencies caused by the pandemic.

In a formal letter they declare, "we are writing to call for immediate internationally coordinated action – within the next few days – to address our deepening global health and economic crisis from COVID-19."

This dual threat requires "world leaders to commit to funding far beyond the current capacity of existing international institutions".

On the health side, the letter calls for world leaders to immediately agree to commit US$8 billion – as set out by the Global Preparedness Monitoring Board – to fill the most urgent gaps in the COVID-19 response, including US$1 billion this year urgently needed by the World Health Organization (WHO), US$3 billion for Vaccines, and US$2.25 billion for therapeutics.

On the economic side, the group suggests better coordinated fiscal, monetary, central bank, and anti-protectionist initiatives to prevent a liquidity crisis turning into a solvency crisis, and a global recession becoming a global depression. They also recommend waiving this year's debt repayments for the world's poorest countries, including US$44 billion due from Africa.

The letter stressed that all current issues are closely linked, and the international community must coordinate actions to respond to the crisis together.

Signatories include retired heads of state, such as Gordon Brown, the former prime minister of the United Kingdom, Giuliano Amato, the former prime minister of Italy; former heads of international organizations such as the previous U.N. Secretary-General Ban Ki-Moon, Zhu Min, former deputy managing director of the International Monetary Fund and vice chairman of China Institute for Innovation and Development Strategy; scholars such as Justin Yifu Lin, former chief economist and senior vice-president of the World Bank.