The 2019 Imperial Springs International Forum kicked off on December 1st in Guangzhou. On the theme “Multilateralism and Sustainable Development, over 260 former world leaders, business elites, experts and scholars attended the forum and shared their opinions on the relationship between multilateralism and sustainable development. 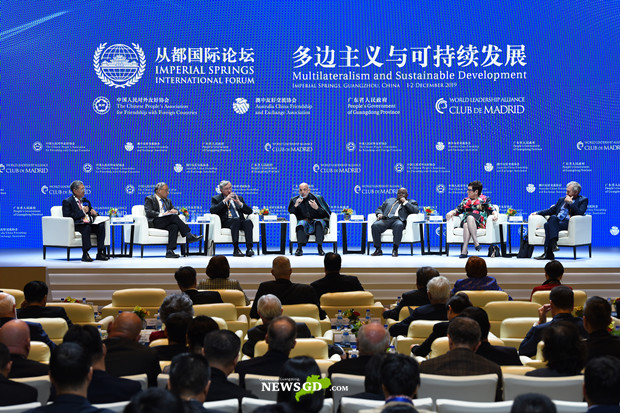 “The relationship between sustainability and multilateralism has never been closer. The liberal world order is in danger with a return to unilateralism. The China-US trade war will lead to grave consequences if such friction cannot be resolved,” said Zhu Feng, Director of Institute of International Relations, Nanjing University.

Zhu called for respecting the diversity of different development approaches and for world citizens to keep working together, acting together and thinking together.

As for how to move from the basic concepts of sustainability and multilateralism to more specific aspects, Danilo Turk, Former President of Slovenia, highlighted the importance of a solution-oriented mentality and absorbing some confidence from China’s past experiences.

“China has had a very positive impact on global development, and that's something that should encourage us. Recently. During the 2008 global financial crisis, China played a stabilizing role in preventing the crisis worsening further. China will continue to play the same role in a new era full of difficulties and turbulence,” Turk said. 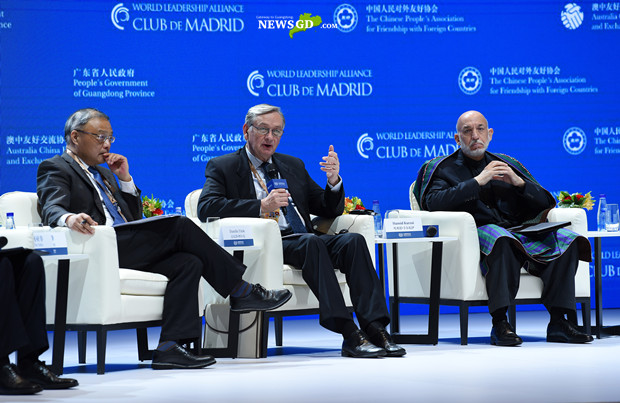 Hamid Karzai, Former President of Afghanistan, pointed out that universal objectives like poverty, gender equality, and a common voice in fighting pollution and climate change, need multilateral corporation. “Nationalism, a trend that we've seen Europe, is not necessarily at odds with the multilateralism. But there are objectives common to mankind, that no one nation or continent can reach on its own,” he said. 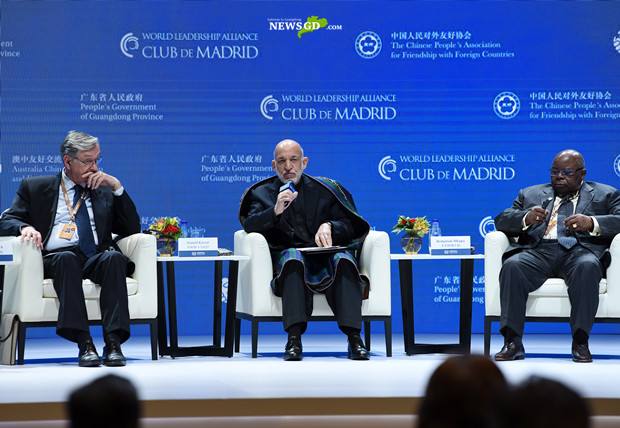 “Regardless of the trends we see, the future is multilateralism,” Karzai added.

Benjamin Mkapa, Former President of Tanzania, highly praised the closer relationship between China and Africa in terms of Africa’s economic development and industrialization, believing that south-south cooperation is key to prosperity.

He pointed to the shortcomings of many international organizations, where Africa is underrepresented and rules are more in favour of more developed economies. Rules must change on an equal basis, he added, noting that countries must play to their own strengths, depend on their own resources and foster a spirit of self-reliance.

Yves Leterme, Former Prime Minister of Belgium, said we need to defend the UN system, which is the best we presently have despite its shortcomings. In his opinion, the rise of China has not happened in isolation, “China needs the world, and the world needs China,” he said.

The Imperial Springs International Forum was founded in 2014 and is co-hosted by the Australia China Friendship and Exchange Association, the Chinese People's Association for Friendship with Foreign Countries, the Guangdong Provincial People's Government and the World Leadership Alliance-Club de Madrid. 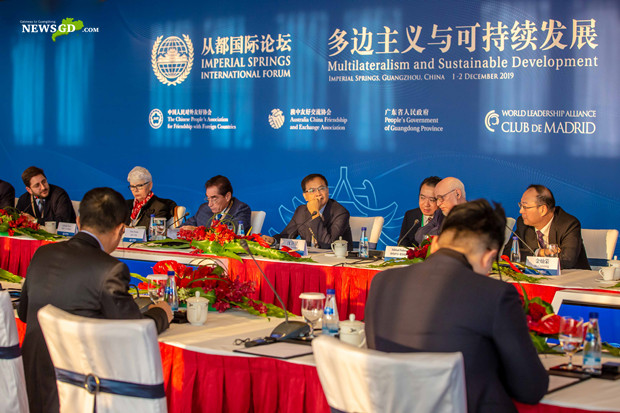 The forum aims to promote understanding and consensus among different parties through discussions of such important topics as international peace, economic development and cultural exchange, so as to further regional and global cooperation.