Every day many millions of gallons of water loaded with arsenic, lead and other toxic metals flow from some of the most contaminated mining sites in the US and into surrounding lakes and streams without being treated, The Associated Press has found. 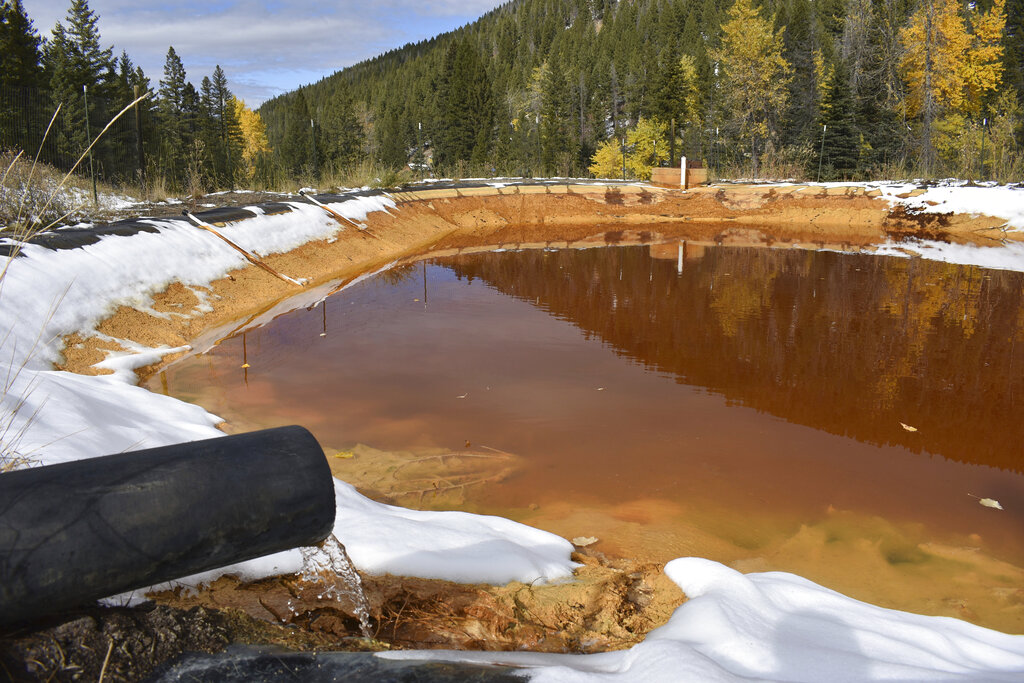 In this Oct. 12, 2018 photo, water contaminated with arsenic, lead and zinc flows from a pipe out of the Lee Mountain mine and into a holding pond near Rimini, Mont. (File photo: AP)

That torrent is poisoning aquatic life and tainting drinking water sources in Montana, California, Colorado, Oklahoma and at least five other states.

The pollution is a legacy of how the mining industry was allowed to operate in the US for more than a century. Companies that built mines for silver, lead, gold and other "hardrock" minerals could move on once they were no longer profitable, leaving behind tainted water that still leaks out of the mines or is cleaned up at taxpayer expense.

Using data from public records requests and independent researchers, the AP examined 43 mining sites under federal oversight, some containing dozens or even hundreds of individual mines.

The records show that at average flows, more than 50 million gallons (189 million liters) of contaminated wastewater streams daily from the sites. In many cases, it runs untreated into nearby groundwater, rivers and ponds — a roughly 20-million-gallon (76-million-liter) daily dose of pollution that could fill more than 2,000 tanker trucks.

The remainder of the waste is captured or treated in a costly effort that will need to carry on indefinitely, for perhaps thousands of years, often with little hope for reimbursement.

The volumes vastly exceed the release from Colorado's Gold King Mine disaster in 2015, when an EPA cleanup crew inadvertently triggered the release of 3 million gallons (11.4 million liters) of mustard-colored mine sludge, fouling rivers in three states.

At many mines, the pollution has continued decades after their enlistment in the federal Superfund cleanup program for the nation's most hazardous sites, which faces sharp cuts under President Donald Trump.

Federal officials fear that at least six of the sites examined by AP could have blowouts like the one at Gold King.

Some sites feature massive piles or impoundments of mine waste known as tailings. A tailings dam collapse in Brazil last month killed at least 169 people and left 140 missing. A similar 2014 accident in British Columbia swept millions of cubic yards of contaminated mud into a nearby lake, resulting in one of Canada's worst environmental disasters.

But even short of a calamitous accident, many mines pose the chronic problem of relentless pollution.