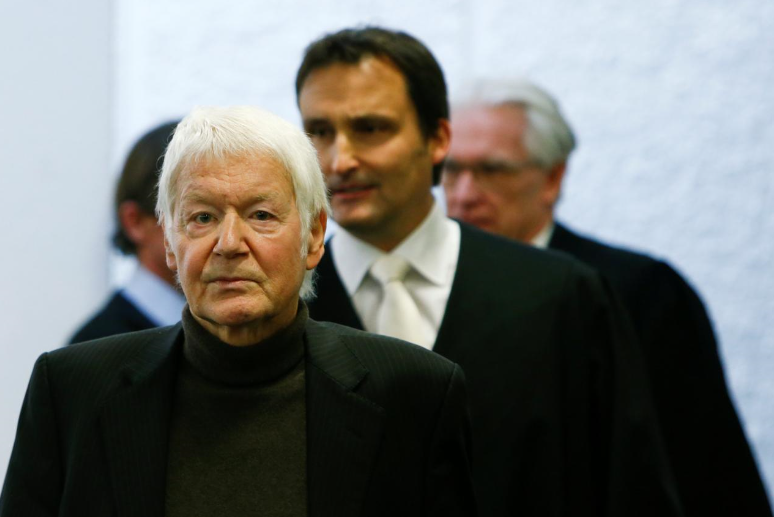 Anton Schlecker arrives for the trial at a regional court in Stuttgart, Germany, November 27, 2017.    REUTERS/Michaela Rehle

The founder of Germany’s failed Schlecker drugstore chain got a suspended sentence and his two children got jail terms on Monday for taking money from the company before its collapse.

Workers who lost their jobs when the firm shut its stores in 2012 cheered in court when the prison sentences were read out.

Prosecutors had demanded a three year-prison term, accusing him of siphoning off millions of euros from the company even as its financial situation worsened.

Under German law, removing assets from a company that faces imminent bankruptcy is illegal.

“He knew that company had reached the end of the line, and still kept hoping,” presiding judge Roderich Martis said in the regional court in Stuttgart.

Schlecker’s 46-year-old son Lars and daughter Meike, 44, were jailed for 33 and 32 months, respectively, for the more serious charge of embezzlement, alongside delaying insolvency proceedings and being an accessory to bankruptcy.

Unlisted Schlecker, a household name in Germany, filed for insolvency in January 2012, hit by competition from rivals Rossmann and dm and after failing to secure funding to upgrade its stores. 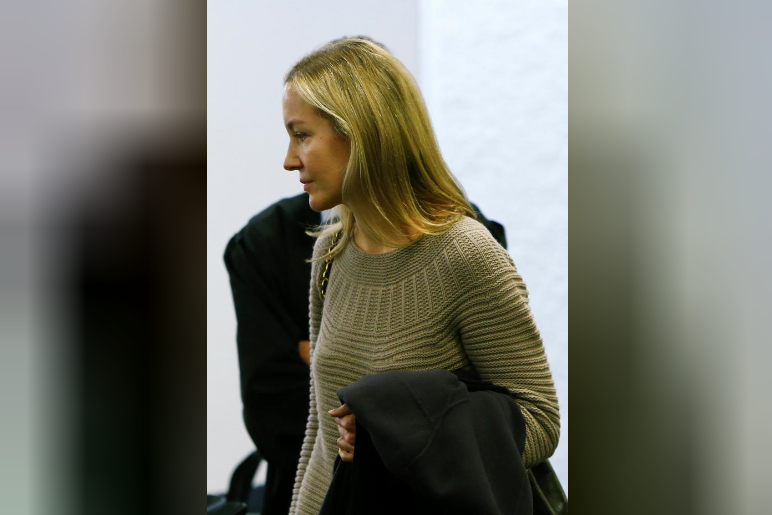 Meike Schlecker arrives for the trial at a regional court in Stuttgart, Germany, November 27, 2017.    REUTERS/Michaela Rehle

All 2,800 outlets closed that year, leaving around 23,000 employees out of work and draining the Schlecker family’s multi-billion-euro fortune.

Anton Schlecker, who went bankrupt after his company’s collapse, had told the court in March that he never saw the insolvency coming and had not intended to misuse company funds for his family’s personal gain.

Prosecutors had demanded a three year-prison term, accusing him of siphoning off millions of euros from the company even as its financial situation worsened.

Under German law, removing assets from a company that faces imminent bankruptcy is illegal.

Lawyers representing his two children had also rejected the charges brought against them.

But judge Martis told the court in his closing statement that Schlecker had only 7 million euros of liquidity left by early 2011 and had no chance of obtaining loans to invest in its stores and pay its suppliers.

The company’s chances of survival were worsened further by the fact that Schlecker paid logistics company LDG, controlled by his children Lars and Meike, excessive rates to transport goods from warehouses to Schlecker’s stores, Martis said.

And only days before the insolvency filing, Anton Schlecker transferred 7 million euros of proceeds from commercial real estate sales to his children as a distribution of profits, Martis added.

“But no former Schlecker worker will get a new job or lost wages from that money,” German labor union Verdi said on Monday.