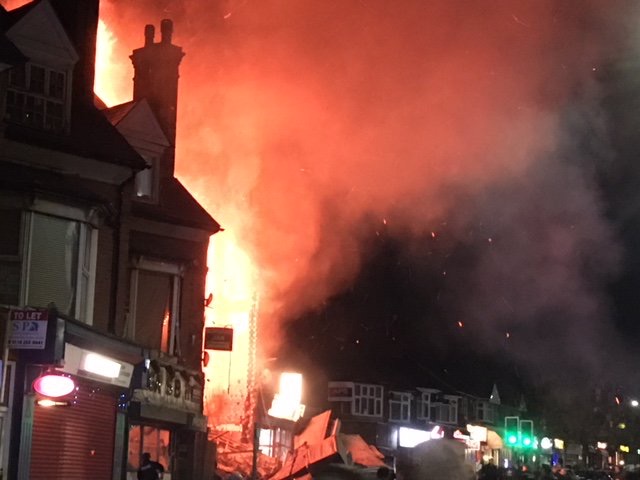 An explosion in Leicester, England on Sunday. (Photo: Chinadaily)

At least four people were killed and four others injured in an explosion at a store in the central British city of Leicester on Sunday evening, police said Monday.

"There are four confirmed fatalities at this stage and four people remain in hospital, one with serious injuries," Leicestershire police said in a statement.

Police said the toll may rise further as a number of people were still unaccounted for.

The blast took place around 19:00 GMT in a residential street near the city center, destroying a convenience store, which, according to witnesses, was a Polish supermarket, and a two-storey apartment above it.

Residents living nearby reported their houses shaking with force from the blast.

Firefighters worked around the clock to put out the blaze ignited by the powerful blast.

Leicestershire police said Sunday night that there are currently no indications of terrorist activity linked to the explosion.

"The incident will be the subject of a joint investigation with the fire service," local police said on Twitter, "At this stage there is no indication this is terrorist related."

Leicester City is located in England's East Midlands region and about 140 km from London.

Britain was hit by a series of major terrorist attacks last year, among which a suicide bombing at a pop concert at the Manchester Arena last May killed 22 people.