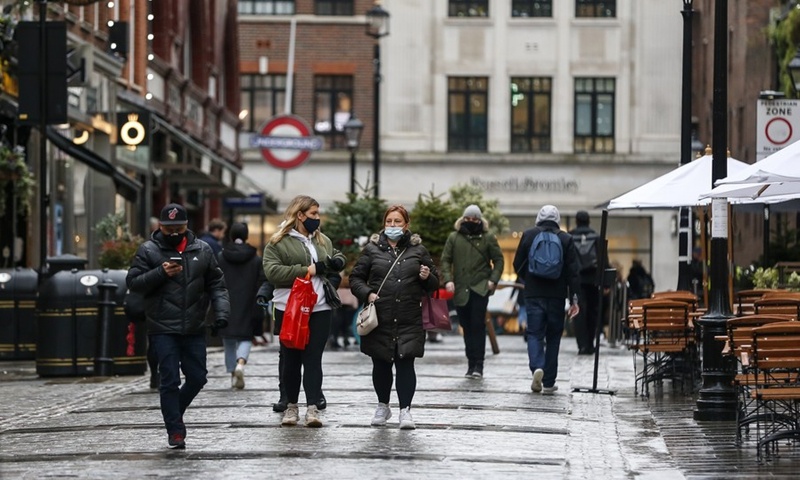 The group swooped on the Harrods in Knightsbridge in downtown London on Saturday afternoon, attempting to enter and crowding together in the streets outside, local media reported Sunday.

Most were not wearing face masks and ignored social distancing guidelines, according to the London-based Evening Standard newspaper.

They tried to get into the store, resulting in clashes with security guards. Police were called and dispersed the crowd while making the arrests for affray and COVID-19 rule breaches, said the newspaper.

A new three-tier system of coronavirus restrictions has replaced the month-long national lockdown in England which ended Wednesday. London is one of the Tier Two areas.

Under the new system, shops are allowed to re-open across England, giving a Christmas bonanza to the struggling retail sector, but all bars and restaurants in the toughest Tier Three areas remain closed.

Putting about 98 percent of England into Tier Two and Three restrictions, the new tier system was backed Tuesday by 291 votes to 78 in the House of Commons (lower house of the British Parliament).

To bring life back to normal, countries such as Germany, China, Russia and the United States are racing against time to develop coronavirus vaccines.