WORLD Four-nation gymnastics hints at how pandemic Olympics might work

Four-nation gymnastics hints at how pandemic Olympics might work

Japan provided a glimpse Sunday into what the delayed Tokyo Olympics may look like next summer as fans attended the country's first international sporting competition since the pandemic shutdown. 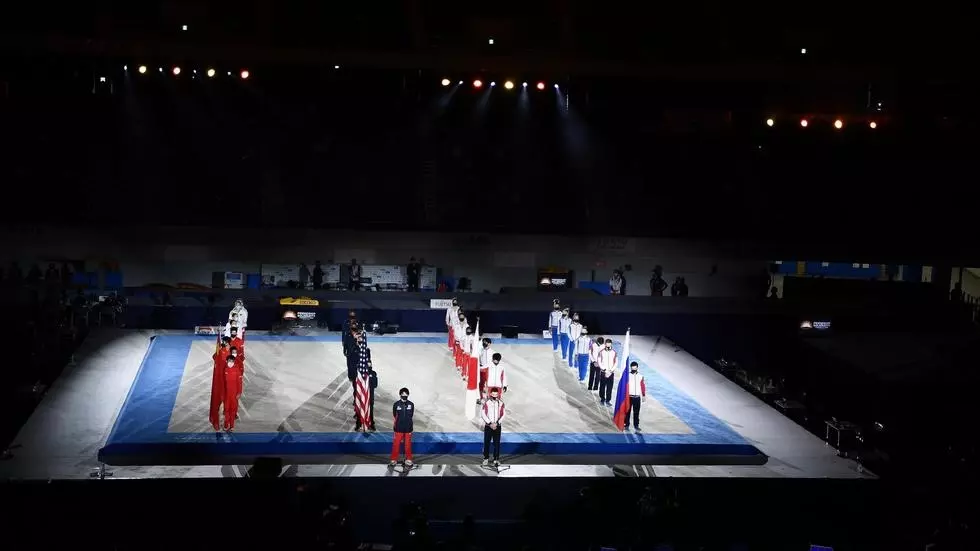 The friendly gymnastics "Friendships and Solidarity Competition" gathered around 30 athletes from Japan, China, Russia and the US to compete in tightly controlled bio-secure conditions.

Some 2,000 fans in face masks sanitised their hands regularly, checked their body temperature and remained socially distanced at the 8,700-capacity Yoyogi No.1 Gymnasium, while being encouraged not to shout support to avoid spreading droplets.

Athletes and journalists were subject to similar strict hygiene measures and were also showered with brief sprays of a sanitising mist.

The spectators resorted to polite applause and occasional quiet murmurs of "wow" as gymnasts pulled off gravity defying routines or feats of strength.

The International Olympic Committee President Thomas Bach said he hoped the event could demonstrate how Tokyo 2020 organisers can hold an Olympics next year that will be safe for athletes, officials and fans.

"With this competition, you are also setting an example that sports can be organised safely even under the ongoing health restrictions," Bach said in a video message at the opening ceremony.

The event was "giving us confidence in our preparations for future events in particular of course with a view to the postponed Olympic Games Tokyo 2020," Bach said.

The IOC and the Japanese government agreed to a one-year delay of the Tokyo Olympics to next summer because of the pandemic.

Some medical experts have voiced scepticism about whether the massive international gathering can be held safely in a pandemic without a vaccine.

For the Tokyo gymnastics event, the participating athletes had gone through strict sanitation rules to shield themselves from the coronavirus with at least two weeks of isolation before flying to Japan.

Once in Tokyo, they were immediately placed under strict bio-secure protocols, restricted to designated floors of their hotel and could only leave to take assigned buses to practice and competition venues.

On the competition floor, national teams did not share powder chalk.

"I know it has been difficult for all of us to live under various restrictions," he said at the opening ceremony.

"For any athletes, next year's Olympics will be the most important competition of their lives," Nagornyy said.

"In today's competition, I wish to show to the world that the Olympics can be held even under the pandemic."

Gymnastics officials and Tokyo 2020 officials are expected to meet later this week to discuss lessons learned from the competition.