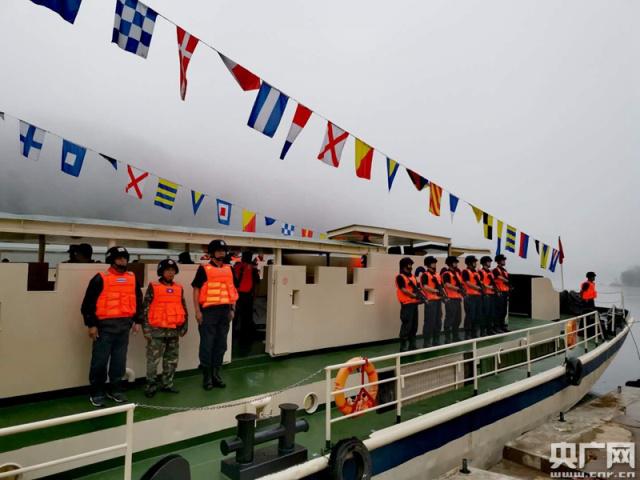 In a bid to safeguard the security and stability along the Mekong River, the four countries will carry out joint patrols, visits, inspections and safety publicity events during the four-day patrol, according to the Yunnan provincial public security department.

Cultural and sports activities, a joint meeting of commanders and a work meeting were held by the four sides in the city of Jinghong, Yunnan, before the patrol.

The joint patrols on the Mekong River started in December 2011 after a gang hijacked two cargo ships and killed 13 Chinese sailors on Oct. 5 that year.

The Mekong River, known as the Lancang River at the Chinese stretch, is a vital waterway for cross-border shipping among China, Laos, Myanmar, Thailand, Cambodia and Vietnam.