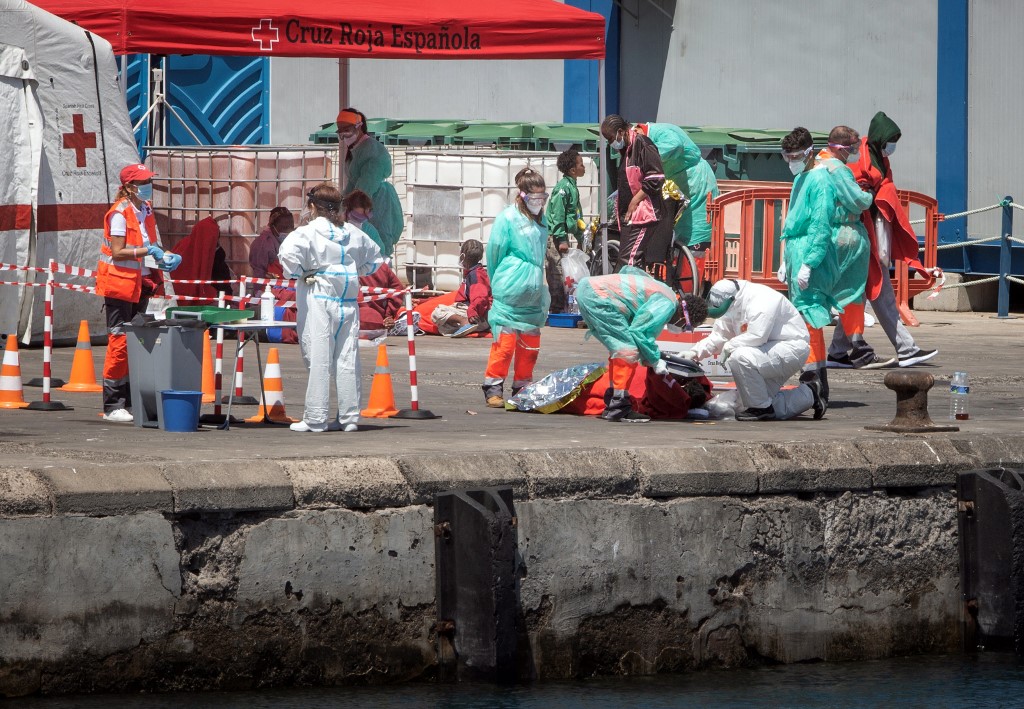 Emergency personnel assist migrants on the port of Los Cristianos upon their rescue off the coast of the Canary island of Tenerife on March 26, 2021. (Photo: AFP)

Four people were found dead Sunday in a makeshift boat carrying some 23 migrants near Spain's Canary Islands off the west coast of Africa, local authorities said.

Nineteen migrants have been hospitalised on the island of Tenerife, including three who were in critical condition Sunday evening, the archipelago's emergency service said on Twitter.

A helicopter rescue operation was carried out in the afternoon south of El Hierro island, focusing on the raft which had been spotted by a fishing boat, according to the Spanish coast guard.

At least 20 people have died along the highly dangerous migratory route to Europe since the beginning of the year.

The rate of crossings has jumped in recent years, with 3,400 people arriving in the Canaries between January 1 and March 31 this year, compared with less than half that number over the same period in 2020.