WORLD Four people die amid violence at US Capitol: police

Four people die amid violence at US Capitol: police 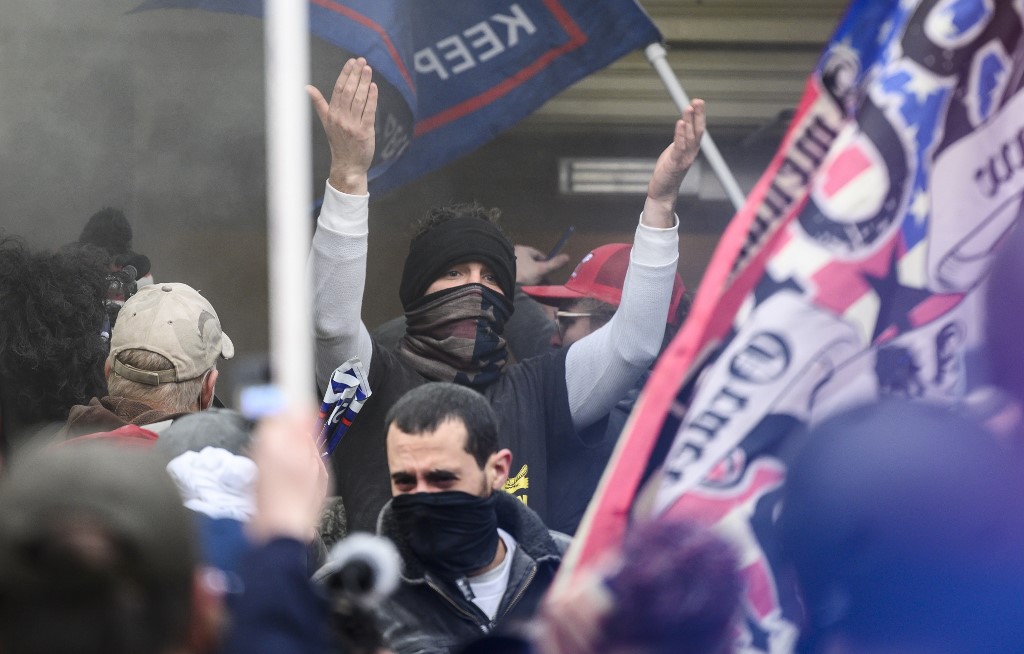 A Trump supporter gestures to other demonstrators as they try to break into the US Capitol in Washington, DC, on January 6, 2021. (Photo: AFP)

One was shot and killed, the other three died because of medical emergencies amid the violent protests at the Capitol, Metropolitan Police Department Chief Robert Contee said in the evening, adding that 52 people have been arrested.

In the night, Washington D.C. Mayor Muriel Bowser extended the public emergency to 15 days, until the day after President-elect Joe Biden's inauguration, in response to the breach of the Capitol.

On Wednesday afternoon, Trump's supporters pushed through barriers at the Capitol building, interrupting the certification of the 2020 electoral votes and forcing a Capitol lockdown.