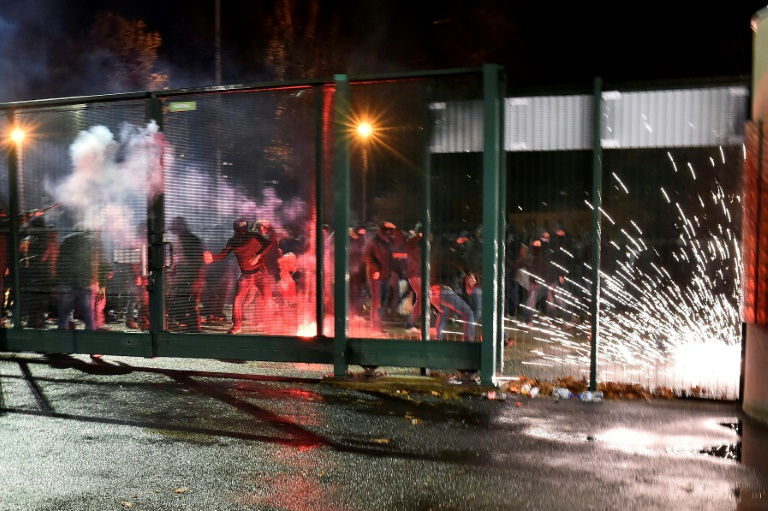 The Ligue 1 game was played on Friday with the two stands behind the goals in the Stade Geoffroy Guichard closed as punishment for incidents involving Saint-Etienne's ultras during another heavy home defeat in the derby against Lyon on November 5.

After the match in the central city on Friday, which Saint-Etienne lost 4-0, police said around 200 people gathered outside the entry to the stadium looking for trouble and vandalising property. The ultras started throwing stones at police, who responded by firing teargas grenades.

Among the police who drove the crowd away, two were taken to hospital for treatment, one of them with a hand injury which is expected to keep him off duty for three weeks.

The only supporter arrested, a 21-year-old, was held overnight and was due in court in Saint-Etienne on Saturday afternoon on charges of throwing a projectile at the police.