WORLD Four stabbed and one shot after pro-Trump rallies

Four stabbed and one shot after pro-Trump rallies 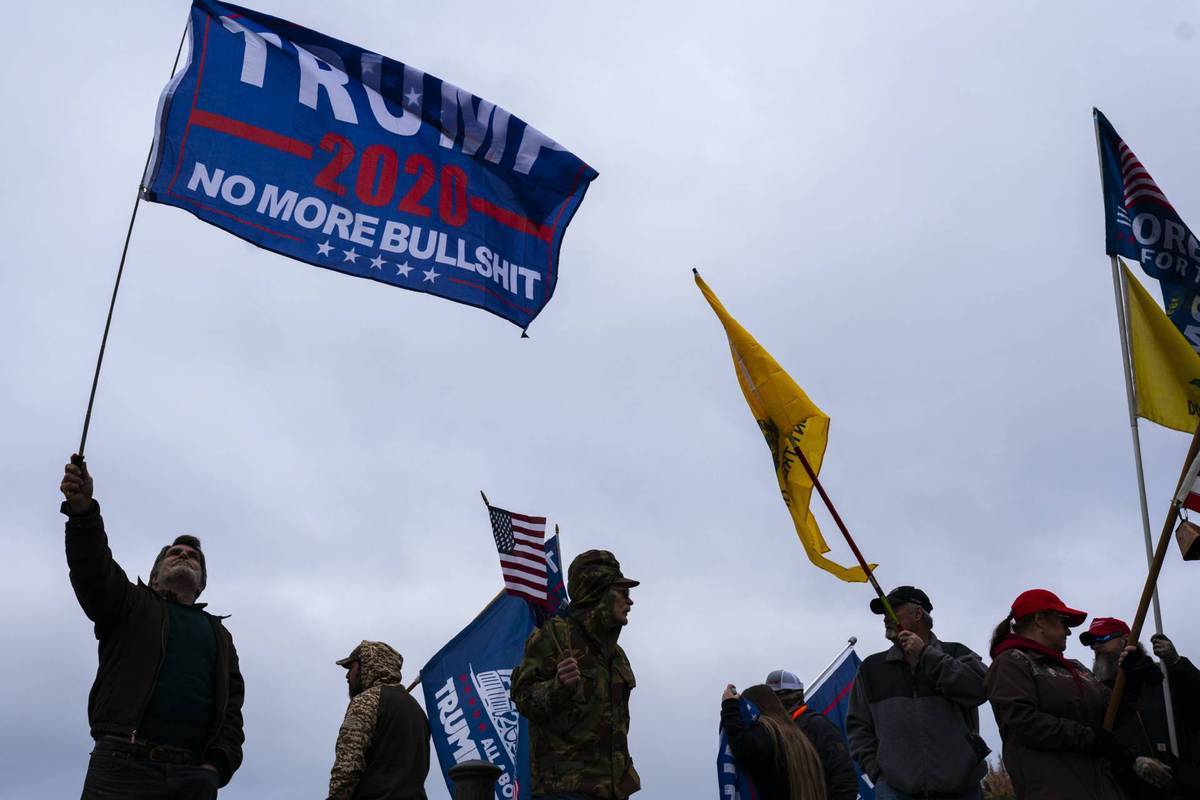 FILE PHOTO: Protesters wave flags at a 'Stop The Pause and Defeat The Steal' rally in front of the Oregon state capitol on November 21, 2020 in Salem, Oregon. [Photo/Agencies]

WASHINGTON - Four people were stabbed and one shot as rallies backing President Donald Trump's baseless claims of election fraud led to clashes in major US cities on Saturday.

Scuffles broke out in many places between rally-goers and counter-protesters who turned up to criticize the president, who lost the November 3 election to Democrat Joe Biden but is yet to concede.

Washington State Police said in a tweet late Saturday that a shooting had taken place after clashes near the capitol building in Olympia, and that a suspect had been detained.

In the US capital, DC Fire and EMS Department communications chief Doug Buchanan told AFP that four people had been stabbed and were now hospitalized "with serious injuries." The New York Times reported that 23 had been arrested throughout the day.

There was no indication of whether any of the victims had been involved in the protests, on either side of the divide.

The day had begun with a festive atmosphere as thousands of red-hatted protesters filled Washington's streets to support the president, undeterred by the US Supreme Court's rejection on Friday of what may have been his last chance to overturn the results.

Similar events took place in Olympia, Atlanta and St. Paul, Minnesota, as well as in smaller towns in Nebraska, Alabama and elsewhere.

Demonstrators at the DC rally -- noticeably smaller than a similar protest last month -- told AFP they were steadfast in their support for the embattled president.

"We're not gonna give up," said Luke Wilson, a sixty-something protester who had come all the way from the western state of Idaho.

"I believe there is a big injustice being done to the American people," added Dell Quick, a regular at Trump's political rallies, as he brandished a flag defending gun rights.

Protesters offered no shortage of explanations for the poll results, even though they have been affirmed by state election officials -- several of them Republican -- and by judges in several key states.

Every state has now certified the results, giving Biden 306 votes in the Electoral College to Trump's 232. Electors are to formally cast their votes Monday.

But protesters insisted, as Trump has repeatedly, that there was widespread fraud in the election.

Some pointed to "foreign interference," others to software that allegedly erased millions of votes for the president -- but not those for other Republican candidates on the same ballots.

Susan Bowman, a 62-year-old from Hampton, Virginia, said "this is not a banana republic. We need to fix the election."

Those who addressed the crowd included Michael Flynn, Trump's former national security adviser who was recently pardoned by the president after admitting that he lied to the FBI over alleged Russian interference in the 2016 election.