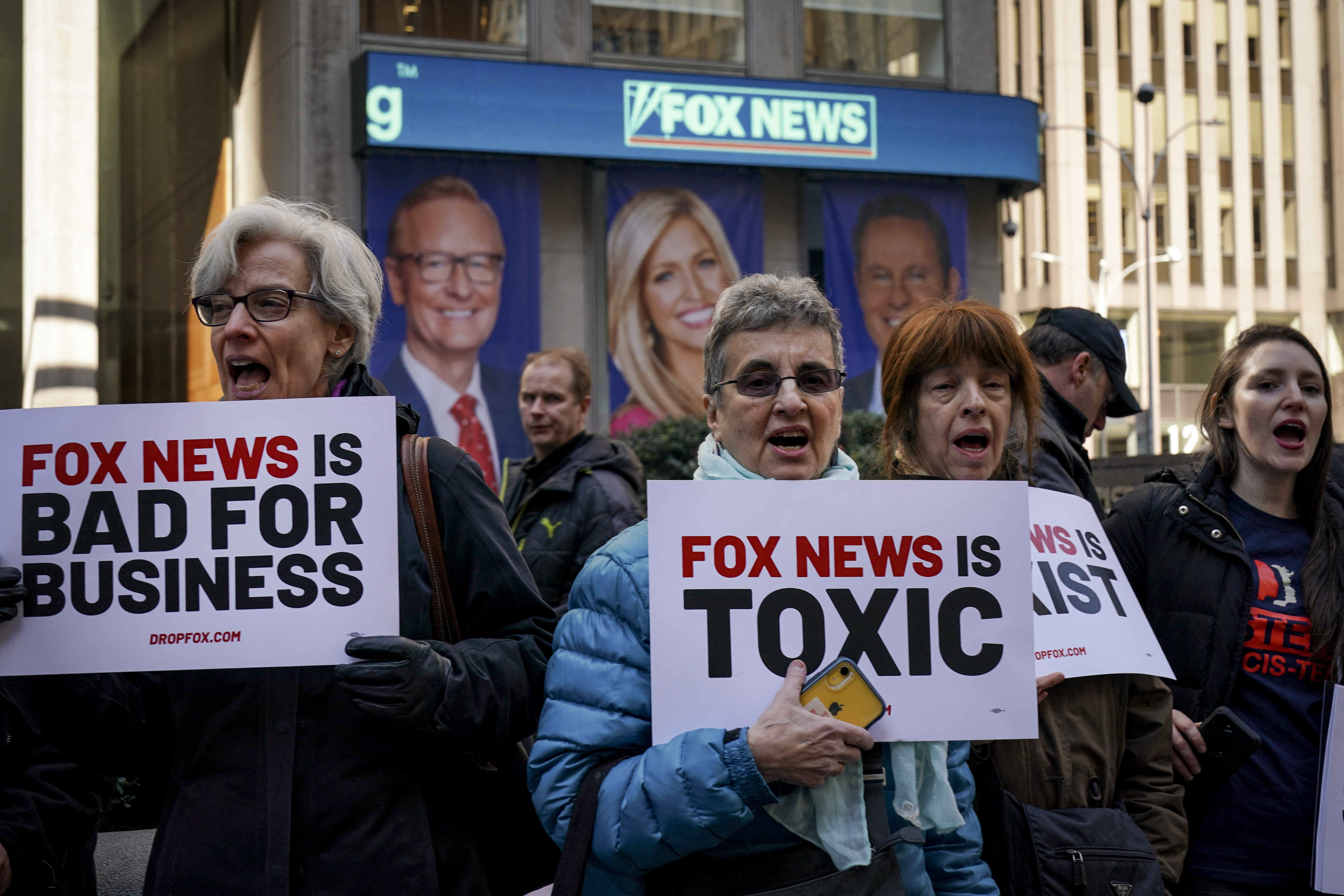 In this file photo taken on March 13, 2019, protesters rally against Fox News outside the Fox News headquarters at the News Corporation building in New York City. (Photo: AFP)

Dominion Voting Systems, one of the largest election equipment manufacturers in the United States, filed a defamation lawsuit against Fox News in the U.S. state of Delaware, saying the network spread false claims that the voting machine company was involved in voter fraud in last November's presidential election.

Dominion was seeking at least 1.6 billion U.S. dollars in lost profits and enterprise value, plus more than 1 million dollars in security expenses and expenses combatting disinformation.

According to Dominion, the incessant conspiracy theories floated by Fox have damaged its credibility and reputation, costing it millions in revenue.

"Fox sold a false story of election fraud in order to serve its own commercial purposes, severely injuring Dominion in the process," the filing read.

"What they are saying," NBC legal analyst Pete Williams explained to Yahoo News, "is that if a network continues to broadcast falsehoods even after it has been told about them, then it's actionable."

In a defiant response, Fox News issued a statement on Friday, saying that it "is proud of our 2020 election coverage, which stands in the highest tradition of American journalism, and will vigorously defend against this baseless lawsuit in court."

However, the legal pundit said as the legal system in Delaware is showcasing some of the top defamation lawyers and courts in America, Fox News may be in serious trouble.

Williams said that when Fox News' ratings started slipping, after it fell behind on election night with errant reporting, it tried to "lure voters back in by embracing this claim that Dominion had a system that allowed votes to be flipped in favor of Biden," he said.

Dominion was not the only election technology company to say it was targeted by Fox News.

Smartmatic, an electronic voting systems maker, filed a 2.7-billion-dollar lawsuit against the network last month, saying that the media group had accused it of helping rig the U.S. presidential election in favor of Joe Biden.

Fox News filed motions seeking to dismiss the Smartmatic lawsuit, claiming it was "meritless" and defended its reporting of the U.S. presidential election.

Fox News was created by billionaire Rupert Murdoch in 1996.