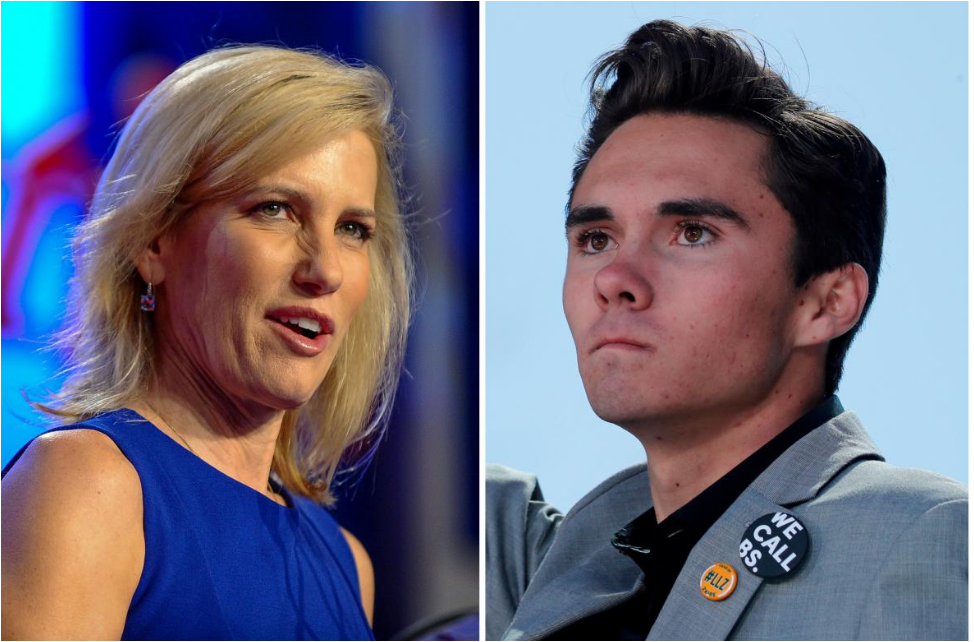 Fox News show host Laura Ingraham announced on her show late Friday that she is taking next week off, after almost a dozen advertisers dropped her show after the conservative pundit mocked a teenage survivor of the Florida school massacre on Twitter.

Eleven companies so far have pulled their ads after a pushback by Parkland student David Hogg, 17, who called for a boycott of her advertisers.

A Fox News Channel spokeswoman said Ingraham was taking a pre-planned spring vacation with her children.

Hogg took aim at the host’s show, “The Ingraham Angle”, after she taunted him on Twitter on Wednesday, accusing him of whining about being rejected by four colleges to which he had applied.

Hogg is a survivor of the Feb. 14 mass shooting that killed 17 people at Marjory Stoneman Douglas High School in the Parkland suburb of Fort Lauderdale. He and other classmates have become the faces of a new youth-led movement calling for tighter restrictions on firearms.

Hogg tweeted a list of a dozen companies that advertise on “The Ingraham Angle” and urged his supporters to demand that they cancel their ads.

On Thursday, Ingraham tweeted an apology “in the spirit of Holy Week,” saying she was sorry for any hurt or upset she had caused Hogg or any of the “brave victims” of Parkland.

But her apology did not stop companies from departing.

Hogg wrote on Twitter that an apology just to mollify advertisers was insufficient.