France and parts of England see driest July on record

France and parts of England saw their driest July on record, the countries' weather agencies said on Monday, exacerbating stretched water resources that have forced restrictions on both sides of the Channel. 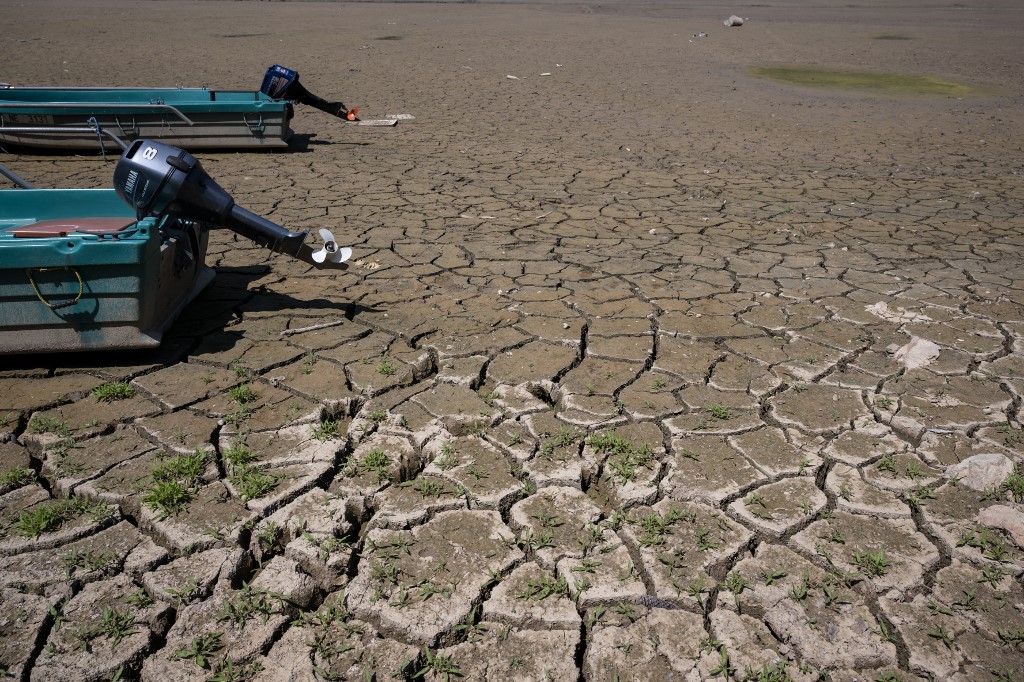 This photograph taken on July 22, 2022, shows the dried out bed of the Lac des Brenets' part of the Doubs river, a natural border between eastern France and western Switzerland. (Photo: AFP)

In France, where an intense drought has hammered farmers and prompted widespread limits on freshwater use, there was just 9.7 millimetres (0.38 inches) of rain last month, Meteo France said.

That was 84 percent down on the average levels seen for July between 1991 and 2022, and made it the second driest month since March 1961, the agency added.

Meanwhile swathes of southern and eastern England recorded the lowest rainfall in July on record, the UK's Met Office.

The whole of England recorded an average of 23.1 mm of rain -- the lowest figure for the month since 1935 and the seventh lowest July total on record, it said.

The Met Office has been compiling records since 1836.

The low rainfall in both countries has been coupled with a summer of unprecedentedly high temperatures, which topped 40 degrees Celsius (104 degrees Fahrenheit) in England last month for the first time ever.

Climate scientists overwhelmingly agree that carbon emissions from humans burning fossil fuels are heating the planet, raising the risk and severity of droughts, heatwaves, and other extreme weather events.

Water companies on both sides of the Channel are struggling to respond to the parched conditions.

Nearly all of France's 96 mainland regions have imposed water use restrictions, also a record.

The country is bracing for its third heatwave this summer, beginning in the southeast on Monday before heading north toward Paris.

Farmers nationwide are reporting difficulties in feeding livestock because of parched grasslands, while irrigation has been banned in large areas of the northwest and southeast due to freshwater shortages.

On the eastern river Rhine, which runs along the France-Germany border, commercial boats are having to run at a third of their carrying capacity in order to avoid hitting the bottom because the water level is so low.

"We have a heatwave that increases the need (for water) and a drought that is limiting what is available, pushing us into this vicious cycle," Bechu told BFM television during a visit to the hard-hit Isere department in the southeast.

In England, one water provider has so far announced restrictions.

Southern Water, which is responsible for supplies over a swathe of central southern England, will impose limits on its almost one million customers from later this week.

But the so-called hosepipe ban could soon be replicated by other providers, following a warning by the UK government's Environment Agency that people needed to use water "wisely".

Most of England has moved into "prolonged dry weather" status, the agency said last week.

This means it is now taking precautionary actions to mitigate impacts "as hydrological conditions deteriorate".