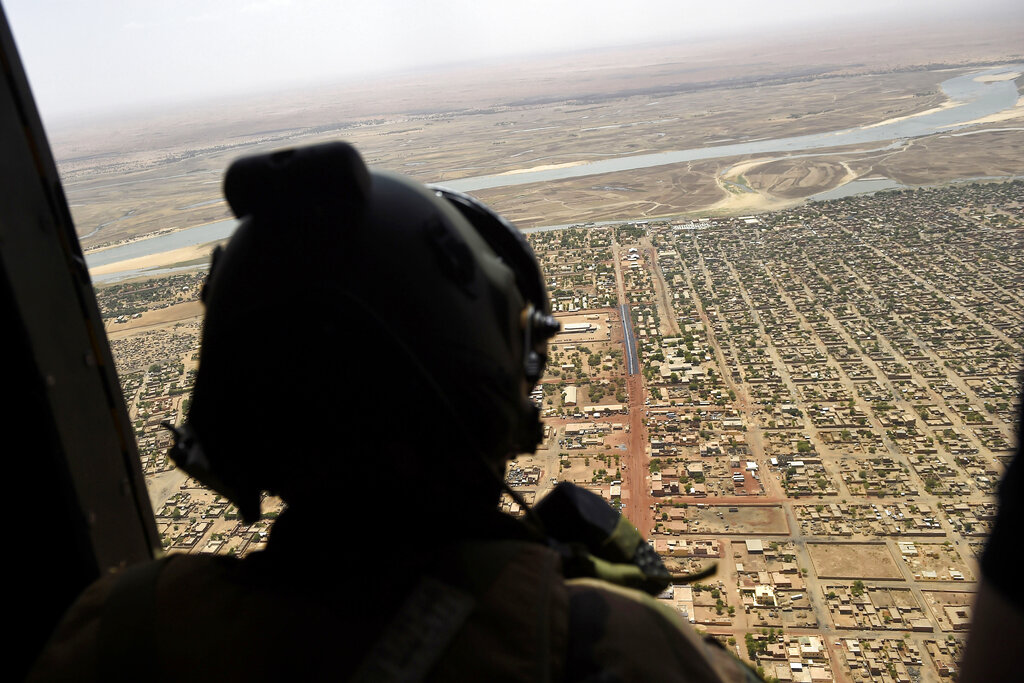 In this May 19, 2017 file photo, a French soldier stands inside a military helicopter during a visit by French President Emmanuel Macron to the troops of Operation Barkhane. (Photo: AP)

"This is a major success in the fight against terrorism that France is leading with its partners in the Sahel," said Parly.

"A historic figure of the jihadist movement in the Sahel, Bah ag Moussa is considered responsible for several attacks against Malian and international forces," she added in a statement.

Moussa, a military leader of the Rally for the Victory of Islam and Muslims, an al-Qaida wing operating in the Sahel region, was killed Tuesday during an operation involving significant intelligence resources, ground troops and helicopters, according to the defense ministry.

France has led a special military operation to curb the insurgency in the Sahel region since 2014.