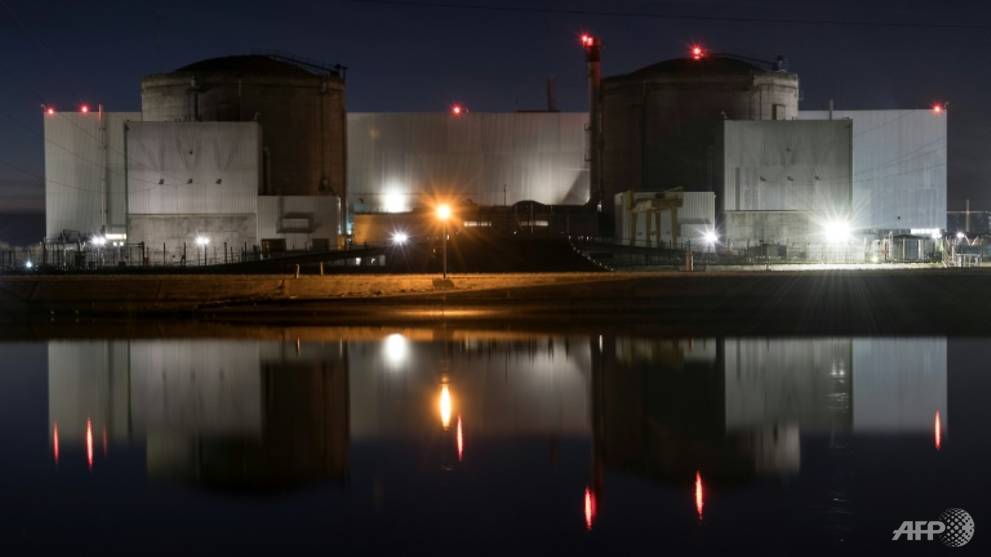 Environmentalists and anti-nuclear activists have long pushed the authorities to close down the plant but not everyone agrees and some locals protested that its closure is a threat to jobs and the local economy.

EDF said it had disconnected one of two reactors at Fessenheim, along the Rhine near France's eastern border with Germany and Switzerland, at 2:00 am (0100 GMT) in the first stage of the complete closure of the plant.

The second reactor is to be taken off line on June 30 but it will be several months before the two have cooled enough and the used fuel can start to be removed.

The removal of the fuel is expected to be completed by the summer of 2023 but the plant will only be fully decommissioned by 2040 at the earliest.

Shutting down Fessenheim became a key goal of anti-nuclear campaigners after the catastrophic meltdown at Fukushima in Japan in 2011.

Experts have noted that construction and safety standards at Fessenheim, brought online in 1977, fall far short of those at Fukushima, with some warning that seismic and flooding risks in the Alsace region had been underestimated.

Despite a pledge by then president Francois Hollande just months after Fukushima to close the plant, it was not until 2018 that his successor President Emmanuel Macron's government gave the final green light.

In sharp contrast to the government's positive remarks, local officials were dismissive.

Village mayor Claude Brender said the plant represented an "island of prosperity in this area".

"This is just all for show, they want to close Fessenheim as a symbol without taking into account the needs of the region."

The government said workers at the plant will be found jobs at other EDF sites.

"There are about 750 workers concerned and they all have an offer from EDF," said Emmanuelle Wargon, secretary of state in the ministry for solidarity and ecologocial transition.

"Some of them will not want to leave for family reasons and that is completely understandable. They will be offered help in finding a job," Wargon told France Info radio.

France will still be left with 56 pressurised water reactors at 18 nuclear power plants -- only the United States has more reactors, at 98 -- generating an unmatched 70 percent of its electricity needs.

The government confirmed in January that it aims to shut down 12 more reactors nearing or exceeding their original 40-year age limit by 2035, when nuclear power should represent just 50 percent of France's energy mix.

But at the same time, EDF is racing to get its first next-generation reactor running at its Flamanville plant in 2022 -- 10 years behind schedule --  and more may be in the pipeline.