France caught in war with wolves 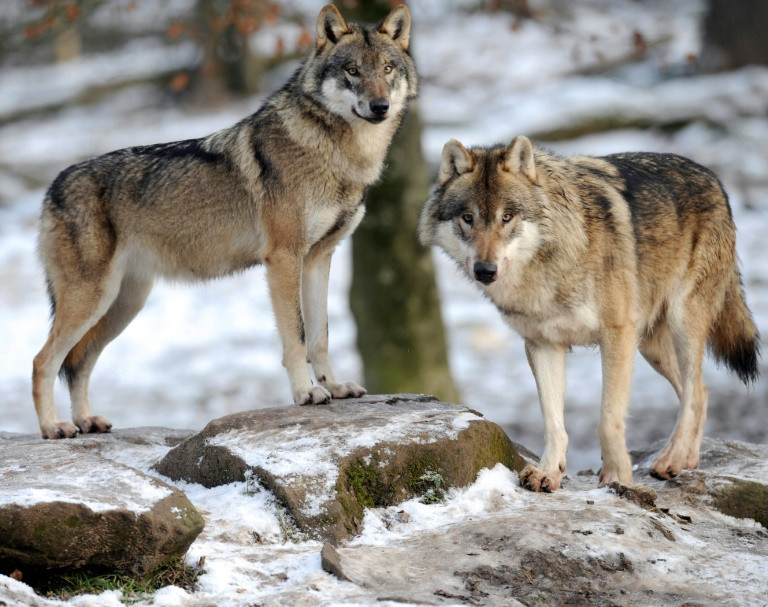 European grey wolves at an animal park in France, are a protected species that have become the bane of sheep farmers. Photo: AFP 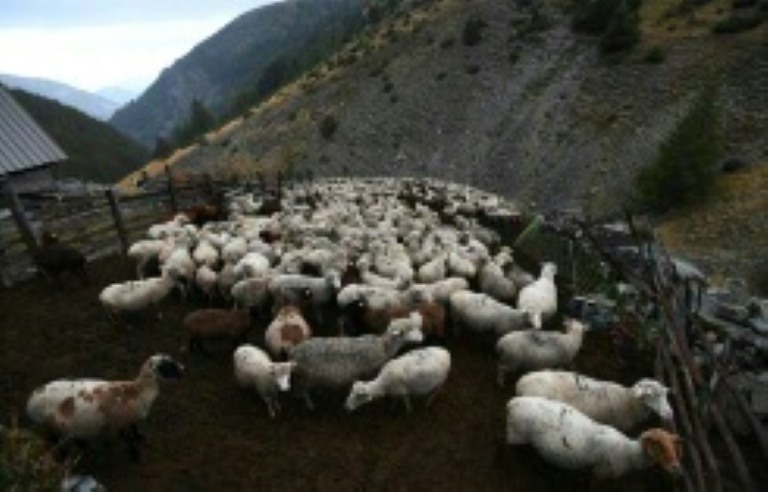 Flocks of sheep are vulnerable to attacks by wolves, whose have increased to 360 this year from 292 last year. Photo: AFP 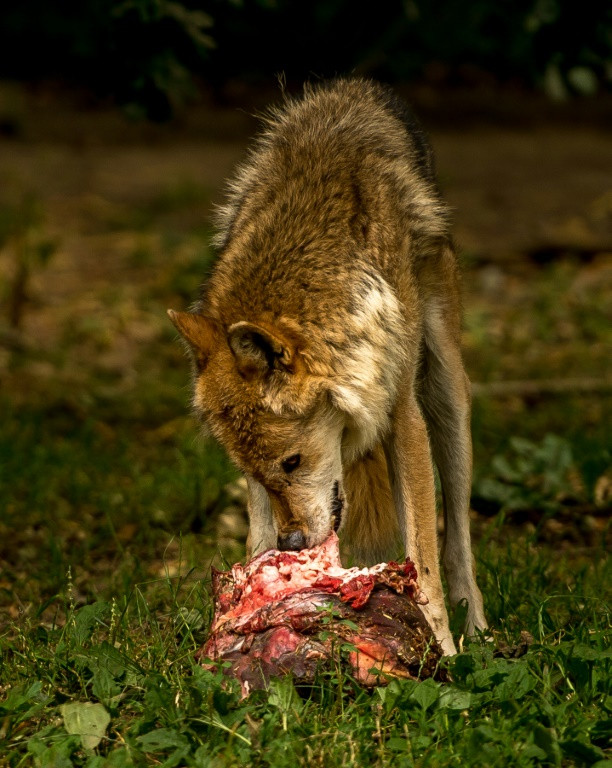 Wolves are at the top of the food chain and plays a key role in the maintaining the ecosystem, researchers say. Photo: AFP 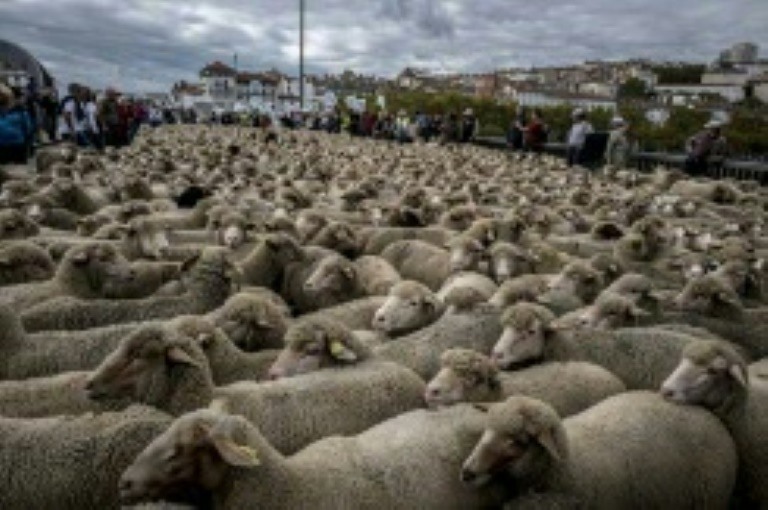 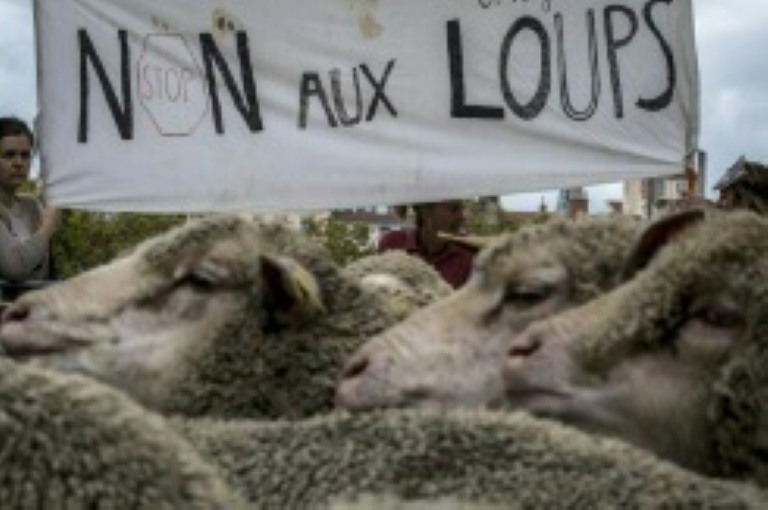 Conservationists claim wolves can learn not to interfere with sheep farming by frightening or wounding them lightly. Photo: AFP

Furtive, wily and the animal of fairy tales, wolves fascinate nature lovers, but they raise fears among French sheep breeders who are trying to save their flocks.

Amid debate in France on a future policy towards wolves, the government is being asked to come to the aide of sheep farming.

"In one night, we lost 10 percent of our flock," said Claire Lapie, 32, a breeder in Sederon in the picturesque southeast Drome department.

On the limestone hillsides dotted with shrubs, she has been raising sheep for three years with her companion Yann Rudant.

"A wolf attack, we knew one day it would happen to us. We accept the idea of 'a share for the wolf', one or two sheep, but finding 15 sheep eaten, slaughtered or dying -- it's a nightmare," says Lapie.

For the young couple, who went into debt to acquire 150 sheep and build a vast sheepfold, they live in fear of new attacks.

Fear -- as well as fascination -- of wolves has historic roots fed by many children's stories, including famous versions by the Brothers Grimm and Charles Perrault.

"When Charles Perrault wrote 'Little Red Riding Hood' in 1697, it was during the worst series of attacks by wolves with at least 500 children killed each year," said Jean-Marc Moriceau, an historian of wolves in France.

The grey wolf was wiped out in the country in the 1930s and only returned in 1992 via Italy -- currently home to around 2,000 wolves -- then into Switzerland and Germany.

Since the Bern Convention of 1979, the wolf has gone from public enemy to a protected species as "a fundamental element of our natural European heritage".

In some countries, like Romania and Poland where there have always been wolves, people adapt to treat an attack on sheep "like an accident, like a flock that falls into a ravine", says Farid Benhammou, a specialist on predators.

"But in the new zones of (wolf) colonisation -- in France and in some regions of Italy and Spain -- there are major tensions."

In his four-wheel drive vehicle, environmental inspector Cedric Arnaud roams the foothills of the Alps of Haute Provence in southern France.

His mission includes collecting hairs and excrement left by the wolves which allow researchers to determine their DNA and to classify them.

Like his colleagues, in the month of August he also howls to the wolves to try, by listening to their responses, to determine the number of wolf cubs born in the spring.

ll these elements, along with images taken in camera traps, enable France's national office of hunting and wildlife (ONCFS) to estimate the wolf population, currently at around 360, compared with 292 last year.

At the top of the food chain, wolves have a key role in maintaining the ecosystem, Yvon Le Maho, emeritus research director at the National Centre for Scientific Research told AFP.

It has been amply demonstrated in the United States that an excess of deer in the protected reserves has led to a degradation of the environment."

The example of Yellowstone national park in the western US is a case in point.

In 1994, the authorities decided to reintroduce the wolf and since then the deer population has diminished, easing the pressure on the vegetation and causing other positive effects such as the return of certain insects and birds and less erosion, according to a 2007 study by the University of Oregon.

Sweden regularly authorises a hunting season, despite opposition from conservationists, although this year parliament set a quota of 22 wolves.

In France, to curtail the predator's progress and to try to appease the angry sheep farmers, the state has authorised since 2004 the killing of a certain number of wolves -- 40 this year -- but under strict conditions.

These authorised killings are considered too little by farmers who have called for greater latitude to fight predators which threaten their livelihood.

She is near retirement but she worries about the future of five young farmers in her village of 220 inhabitants in southeast France.

Some defenders of the wolf also think the current approach is ineffective.

"You have to make a wolf learn not to interfere with the activities of sheep farming. But a dead wolf is a wolf which learned nothing," says Benhammou.

Frightening or shooting and lightly wounding a wolf during the attacks would be more effective, he says.

France begins to debate its policy on the future of the wolf in Lyon on Tuesday.

"If this continues, in 10 years, sheep farming will disappear in our regions," Chauvet says.