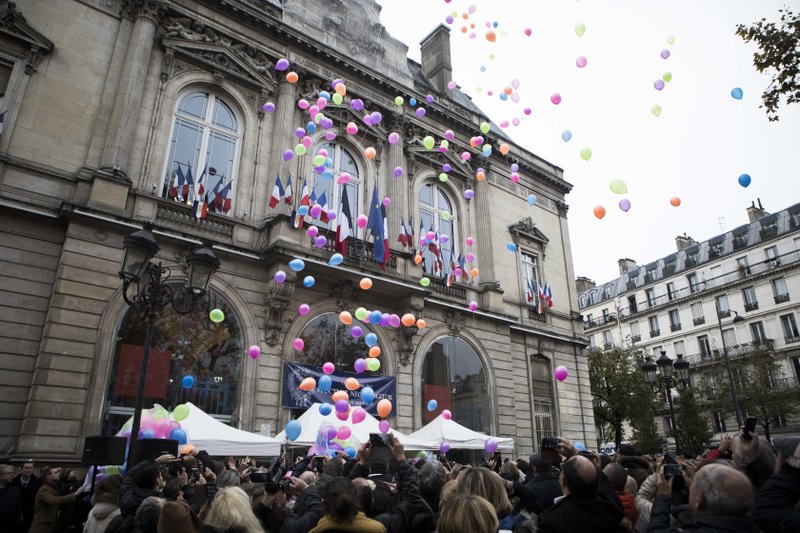 People release balloons outside Paris 11th district town hall, Sunday, Nov. 13, 2016, during a ceremony for the victims of last year's Paris attacks which targeted the Bataclan concert hall as well as a series of bars and killed 130 people. (Photo: AP)

PARIS, Nov. 13 (Xinhua) -- France on Wednesday paid tribute to 130 people killed across Paris in coordinated attacks claimed by the Islamic State (IS) on Nov. 13, 2015.

"The level of the threat is still high," warned Laurent Nunez, secretary of state to the minister of the interior, adding "We must be as vigilant as ever."

Speaking to France Inter radio, Nunez noted that, after the IS setbacks in 2017, the terrorist attacks were no longer orchestrated from the Syrian-Iraqi zone. Since then, he said, individuals who have no direct links with the group have been conducted IS-inspired assaults.

"It is the endogenous threat that we feared the most and which is the most difficult to detect," he added.

The commemorations started in front of the door of the Stade de France where the first suicide bomber killed one person.

The ceremony ended at the Bataclan performance hall where 90 people lost their lives.