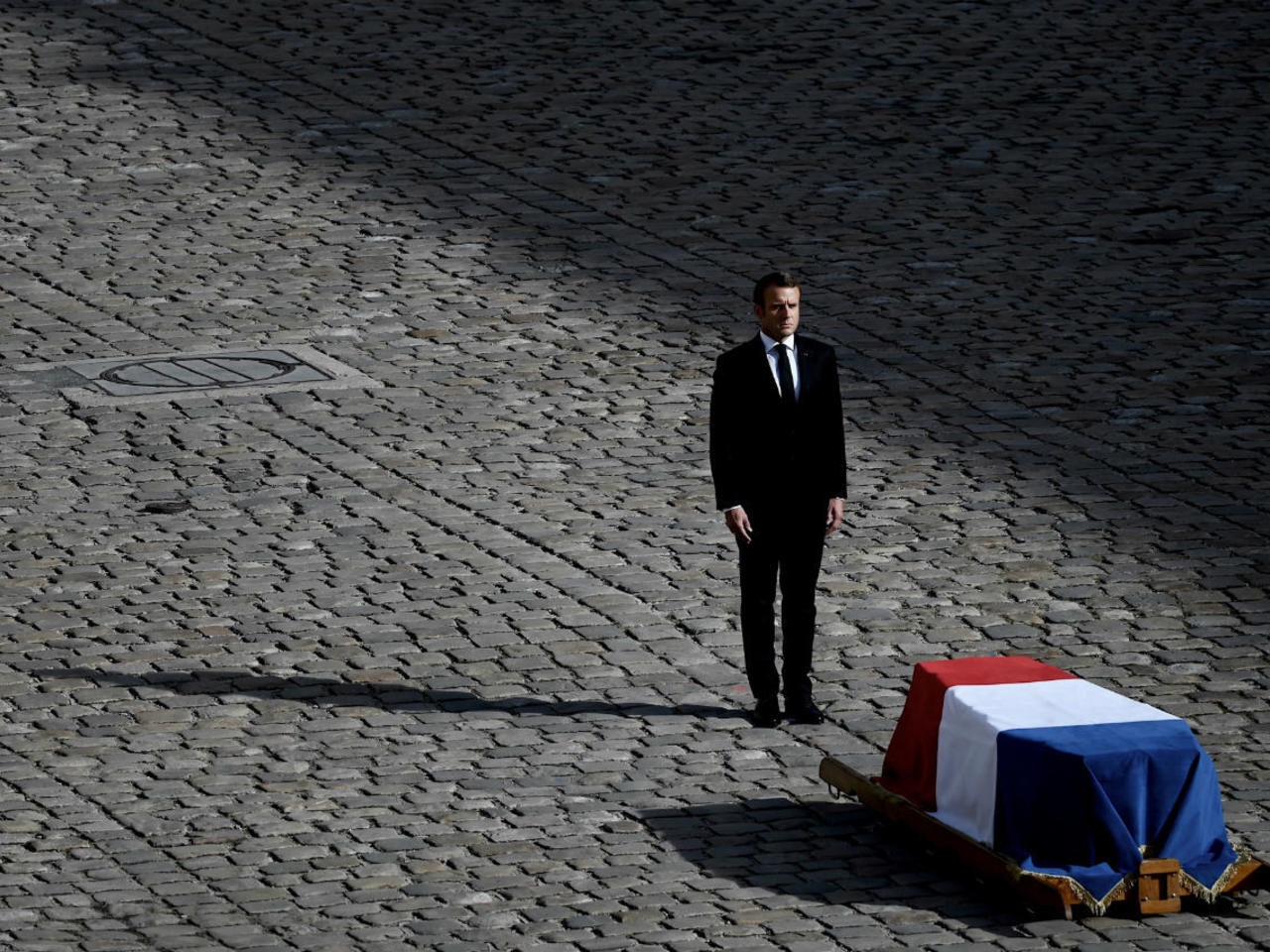 PARIS, Dec. 3 (Xinhua) -- French President Emmanuel Macron on Thursday evening declared Dec. 9 a day of national mourning for late president Valery Giscard d'Estaing.
"I belong to a generation that was born under his presidency, and that, no doubt, has not always understood to what extent Valery Giscard d'Estaing had changed France for it," Macron said in a televised speech paying tribute to the late president.
"His legacy of modernity will remain. You can be certain that I will do everything, together with you, to keep that flame of progress and optimism alive," the president added.
Under strict health protocol amid the coronavirus epidemic, condolences may be offered in town halls and Orsay museum in Paris this weekend. A solemn homage will be organized at the European Parliament in Strasbourg on Feb. 2, the day of his birth, Macron said.
The centrist former head of state died on Wednesday at the age of 94 in Loir-et-Cher, west France.
Recently, he was hospitalized several times for heart problems. His last public appearance was in September 2019 when he attended the funeral of Jacques Chirac, another former president.
Giscard d'Estaing, president of France from 1974 to 1981, firmly supported European integration and worked with Germany's former chancellor Helmut Schmidt to create the European Monetary System (EMS) in 1979, which later gave birth to the euro, Europe's single common currency.