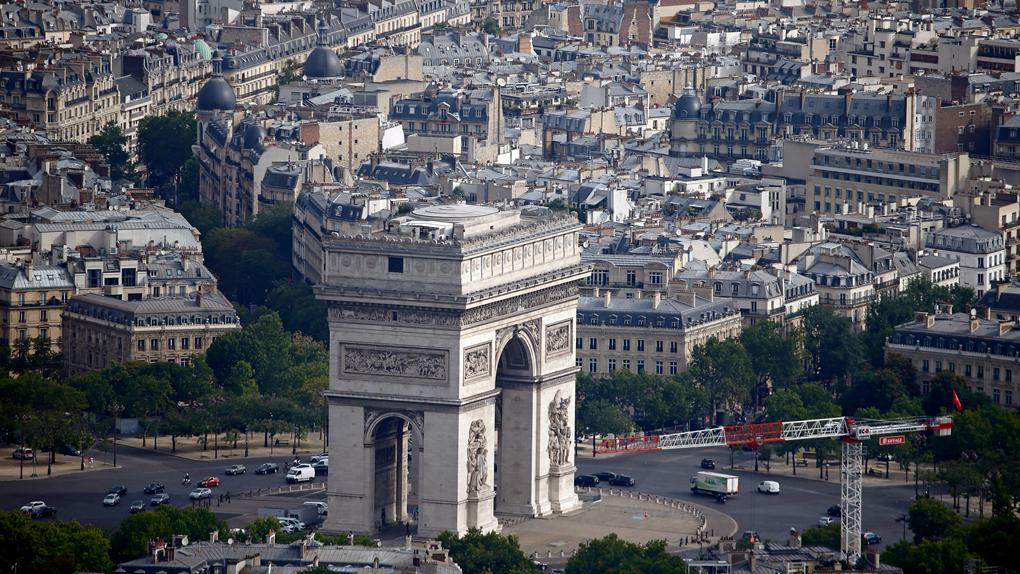 The Arc de Triomphe is seen from the Eiffel Tower on the day of the reopening of the top floor in Paris, France on July 15, 2020. (Photo: VCG)

The French government said Saturday that it will unveil a week later than originally planned a 100 billion euro (118 billion U.S. dollars) plan to nurse its coronavirus-stricken economy back to health.

Businesses had eagerly-awaited details of the new shot in the arm for the eurozone's second-largest economy, trailed for August 25, and government spokesman Gabriel Attal said it was "ready."

But for now "the government is completely mobilized to prepare for the health deadline" of September 1, when pupils return to school and many workers will be back from summer holidays, Attal said in a statement.

Groundwork must be laid, including a nationwide requirement to wear masks in workplaces and secondary schools, he said, adding that President Emmanuel Macron wants ministers working "to make sure these measures are applied properly and allow everyone to adopt them."

Only then will the economic plan be presented "in the first week of September."

Paris is sticking to its aim of returning French GDP to the same level as before the coronavirus pandemic by 2022, Attal said.

Fears have been growing in recent days that France could be struck by a second wave of the virus, as official figures showed the number of newly detected cases had mounted to almost 4,600 in the 24 hours to Friday.

But numbers of people hospitalized or in intensive care with the COVID-19 disease have remained relatively stable despite the increase in infections.