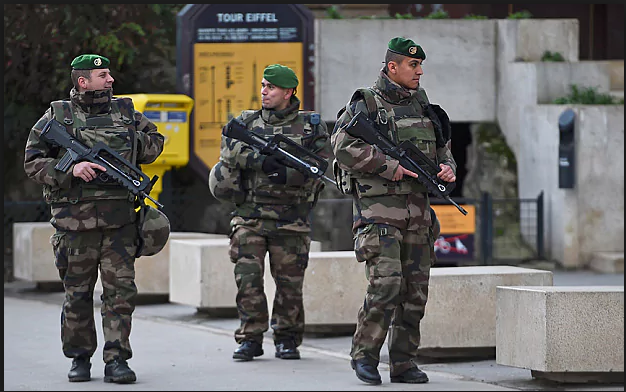 A man and a woman suspected of planning attacks in France have been arrested by France's internal intelligence agency DGSI, French television channel BFMTV reported on Thursday night.

The two people had no apparent link between them, BFMTV said. The suspects were a 21-year-old man detained in Lyon and a 19-year-old woman arrested in Paris.

In the past several years, France has become a major target of terrorist attacks.

On Nov. 13, 2015, about seven simultaneous shootings and fresh explosions rocked central Paris during the evening. One of the shootings resulted in a hostage taking crisis at the Bataclan theater and concert hall, killing at least 140 people and wounding many.

Following the attacks, France had imposed emergency security rules, since which, the country has been overwhelmed again by another wave of attacks, with the bloodiest at Rivera city of Nice where a man drove his truck into a crowd on Bastille Day in 2016, killing 86 people.

In October of 2017, French President Emmanuel Macron signed the anti-terrorism law which he said was necessary to ramp up security at home to combat high terrorism menace.

The bill enshrines emergency security rules into ordinary law which empowers the police to search or arrest criminals without prior judicial approval and restrict people's movements or gatherings.