French Prime Minister Jean Castex said Monday that France was "emerging on a long-term basis" from the Covid-19 crisis as he gave new details about shop and restaurant openings. 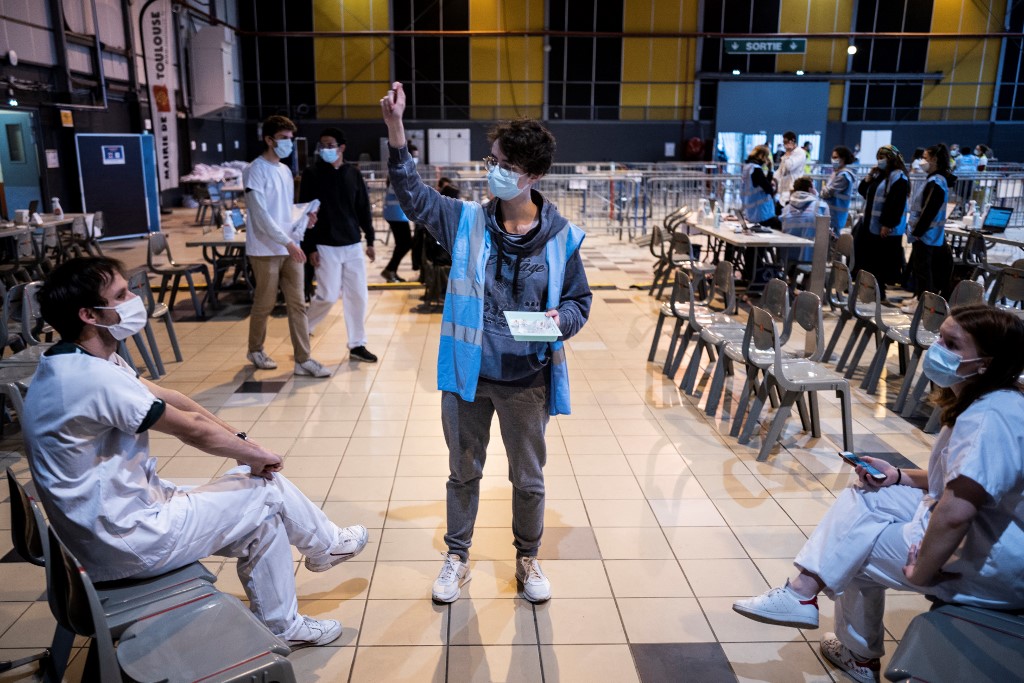 Medical students stand at the Toulouse's exhibition center used as a Covid-19 vaccination center in Toulouse, on May 5, 2021. (Photo: AFP)

"I say it in the clearest way possible: we are finally in the process of emerging on a long-term basis from this health crisis," Castex told Le Parisien newspaper.

"Obviously this exit will take place in a progressive, careful and supported way. But the trend is clear, we are nearing the end and it's good news."

He said that restaurant and bar terraces would open nation-wide on May 19, but would be limited to half their normal capacity, while eating inside would be possible from June 9, also with half capacity.

Shops will reopen on May 19, but with restrictions on the number of people they can admit based on their size, with limits set to be lifted on June 30.

France is currently in a third lockdown, which is more limited than previous episodes from March-April and October-November last year.

The number of new daily cases is averaging around 20,000 -- around half the level of a month ago -- while the number of people in intensive care has fallen to below 5,000 from around 6,000 last month.

Some experts have warned that the pace of opening up is too fast, risking another spike in infection, but the country's vaccination campaign has ramped up quickly after a slow start in January.