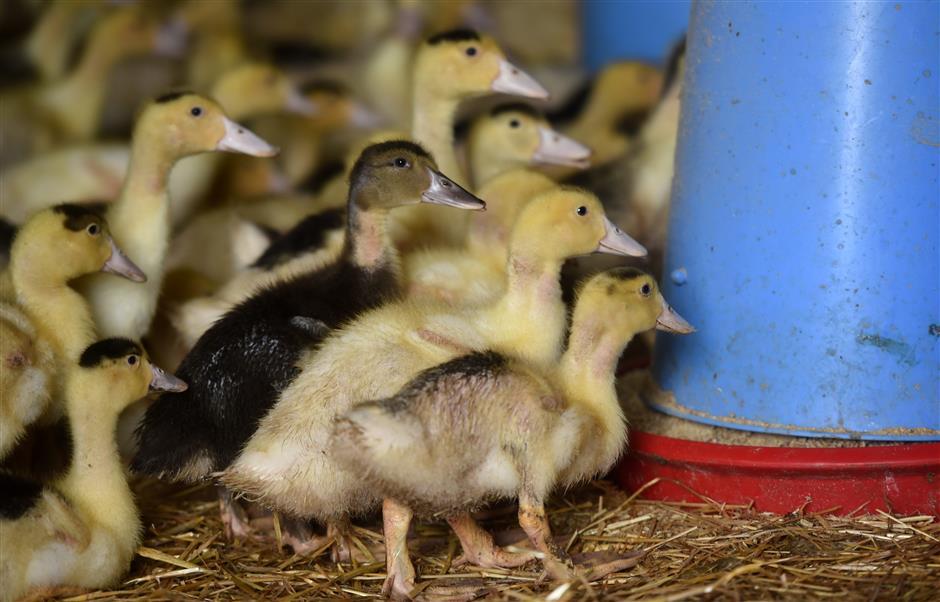 Ducklings stand in an enclosure at a duck farm in Mugron, southwestern France, on December 29, 2020. (Photo: Agencies)

French authorities plan to expand their culls of ducks reared for the controversial delicacy foie gras as an outbreak of bird flu rips through the southwest of the country, a producers’ federation said on Thursday.

The highly pathogenic H5N8 virus was first detected in a bird in a pet shop on the Mediterranean island of Corsica in November before spreading to duck farms on the mainland in December.

“The virus is stronger than us. New clusters are constantly emerging,” said the head of the CIFOQ federation of foie gras producers, Marie-Pierre Pe, warning of a “runaway increase” in confirmed and suspected cases.

She said that around 100 clusters had been identified, mainly in the Landes department, a bastion of the foie-gras industry, and that the authorities planned to step up culls.

On Tuesday, France’s chief veterinary officer, Loic Evain, said that over 200,000 ducks had already been slaughtered and that a further 400,000 birds were set to be culled, out of around 35 million reared each year in France.