WORLD France fires back at Trump’s lack of ‘common decency’

France fires back at Trump’s lack of ‘common decency’ 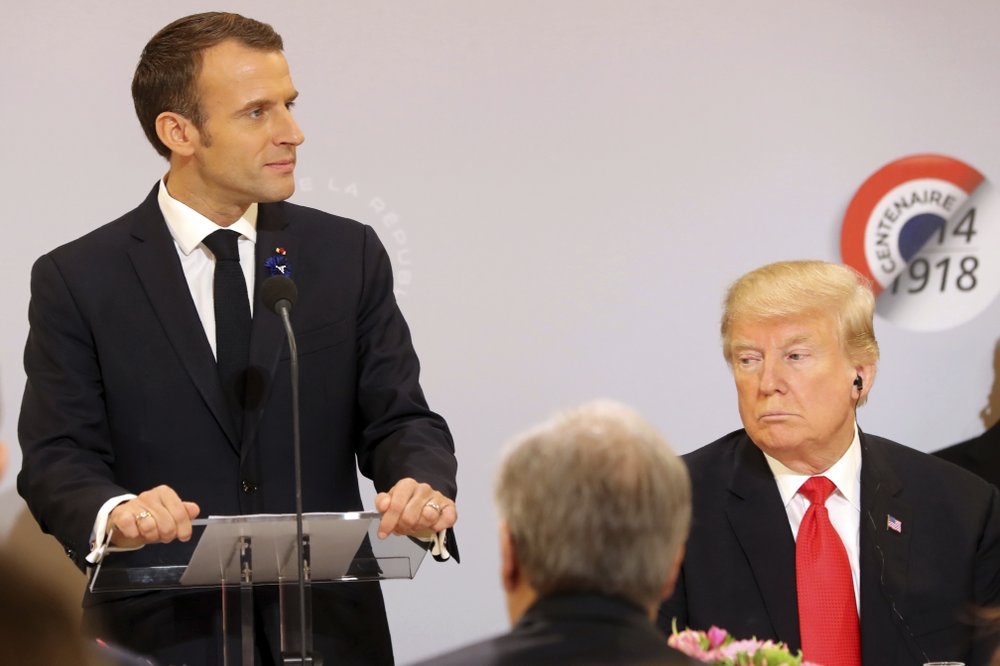 Fench President Emmanuel Macron delivers a speech while US President Donald Trump looks on at the Elysee Palace, in Paris, as part of the commemorations marking the 100th anniversary of the 11 November 1918 armistice on November 11, 2018.(Photo: AP)

France’s government has fired back at a flurry of critical tweets by Donald Trump, suggesting the US president lacked “common decency” by launching his broadside on a day when France was mourning victims of the November 2015 terror attacks.

Government spokesman Benjamin Griveaux said Wednesday: “We were commemorating the assassination of 130 of our compatriots three years ago in Paris and Saint-Denis, and so I will reply in English: ‘Common decency’ would have been appropriate.”

Nursing grievances from a weekend visit to France, Trump lit into French President Emmanuel Macron on Tuesday over his suggestion for a European defense force, over French tariffs on U.S. wine and even Macron’s approval ratings.

The tweets underscored tensions between the once-chummy leaders and displayed Trump’s irritation over criticism of how he acted in France.

“Diplomacy is not made through tweets but through bilateral discussions”, Macron said during Wednesday’s weekly Cabinet meeting in comments reported by Griveaux.

The French and the American leaders met on Saturday in Paris before ceremonies commemorating the centenary of the armistice of World War One.

Since Macron’s election last year and their first white-knuckle handshake at a NATO summit, they have had an up-and-down relationship. Macron called Trump “my good friend” in front of reporters this weekend and their meeting was described as cordial by the French presidency.