France, Germany head towards lockdown as virus surges in Europe

France and Germany moved Thursday toward shutting down sectors of their economies as part of accelerating efforts worldwide to check a resurgent coronavirus and still limit the financial fallout. 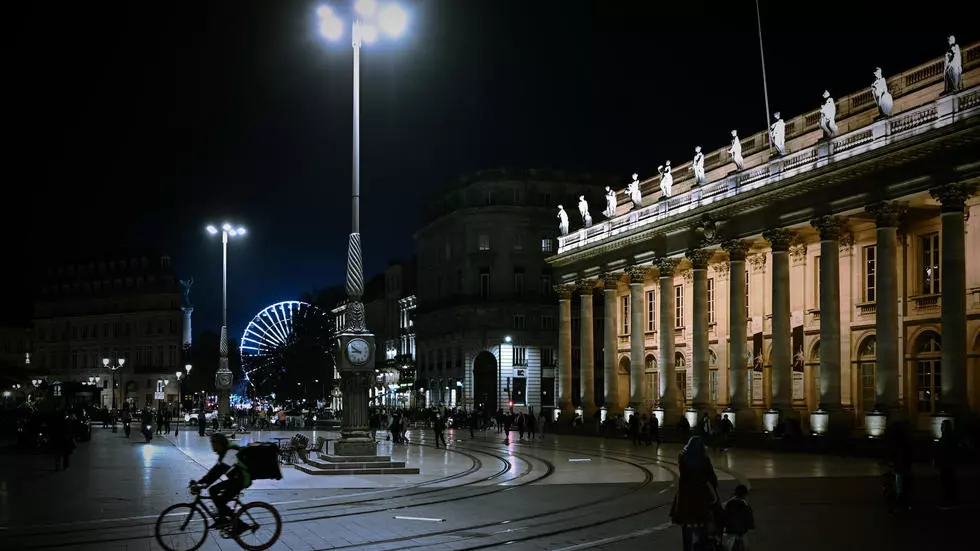 France is back in lockdown as the country tries to get a grip on the surging pandemic. (Photo: AFP)

Hundreds of thousands of new infections took the known global caseload past 44.5 million with nearly 1.2 million deaths, as the disease continues its deadly spread worldwide.

India, one of the world's worst-hit nations, surpassed eight million cases with fears of worse days ahead as the religious festival of Diwali draws near.

Following significantly relaxed summer seasons, France and Germany are now taking bold steps to shut down social life in the face of spiking infections across the continent.

Starting Friday, France, whose death toll Thursday surpassed 36,000 after 250 more fatalities since Wednesday, will bar people from leaving their homes without authorisation, recalling the drastic stay-at-home measures seen around the world in early spring.

Bars and restaurants will also be closed until at least December and travel between regions will be limited, President Emmanuel Macron said in a televised address Wednesday.

"As elsewhere in Europe, we are overwhelmed by a second wave that will probably be more difficult and deadly than the first," Macron said, though he assured that this lockdown would be less severe.

Factories and building sites will remain open, as will creches and schools -- although children as young as six will be required to wear masks.

In Germany, Chancellor Angela Merkel has ordered a lighter round of shutdowns from Monday, November 2, until the end of the month.

Germans will not be confined to their homes but bars, cafés and restaurants must close, as well as theatres, operas and cinemas.

In Spain, the parliament on Thursday approved the extension for six months of a state of emergency that Prime Minister Pedro Sanchez's leftist government declared Sunday for an initial two weeks.

This means Spain's 17 regional governments can impose measures to restrict people's mobility, such as nighttime curfews and closing their borders.

The Greek port city Thessaloniki was on Thursday declared a "red zone" facing shutdown of many activities.

Authorities in Sweden are now recommending residents of the capital Stockholm as well as those of two southern regions to limit contacts with people and avoid enclosed spaces as the country registered an official record of 3,254 new cases in one day.

EU leaders held a video summit Thursday on the crisis, according to European sources the first in a series of such calls to improve coordination across the continent.

The European Central Bank meanwhile pledged to bolster its pandemic stimulus in December.

The economic recovery is "losing momentum more rapidly than expected" after the partial rebound seen in the summer, ECB president Christine Lagarde said after a virtual meeting of the 25-member governing council.

Despite mounting cases and deaths, the UK has vowed to persist with its localised approach instead of a nationwide lockdown.

But he indicated that ministers still believed targeted action was "the best way forward" given varying rates of infection.

Russian President Vladimir Putin meanwhile said he had no plans to introduce a sweeping lockdown, even as the country saw record tolls with reports of ambulance queues at hospitals and medical shortages.

Also Thursday, Algeria's President Abdelmadjid Tebboune underwent medical tests in a German hospital and is in a stable condition, officials said, days after suspected coronavirus cases were reported among the 74-year-old's aides.

New restrictions are also shaking up life elsewhere in the world.

Mandatory masks and some business curfews have been ordered in Pakistani cities, while Tunisia said Thursday it was imposing a nationwide night-time curfew, shutting schools and banning inter-region travel.

Health authorities warn Africa that time is running out to prepare for its "second wave".

Over the past month there has been a six-percent average increase in weekly Covid-19 cases across the continent, according to the Africa Centres for Disease Control and Prevention.

In Mexico, which has the fourth-highest coronavirus death toll at more than 90,000, the pandemic has forced people to draft wills that many would otherwise put off.

Elsewhere in Latin America, Argentina passed 30,000 deaths, though it and Mexico both countries lag behind Brazil's nearly 160,000 fatalities.

The United States still has the highest death toll and infection count in the world, and, like Europe, it is battling a fresh spike with tens of thousands of new daily cases as fears grow that hospitals could be overwhelmed.

But there were positive signs on the economic front, with the US posting its strongest recovery on record with a 33.1 percent annualised growth rate in the third quarter, plus a drop in applications for jobless benefits.

The much-loved holiday of Halloween, however, is unlikely to be the same this year even if mask-wearing has long been a tradition on October 31.

The US Centers for Disease Control and Prevention has warned the holiday could present a high risk, while several states have discouraged children from trick-or-treating.