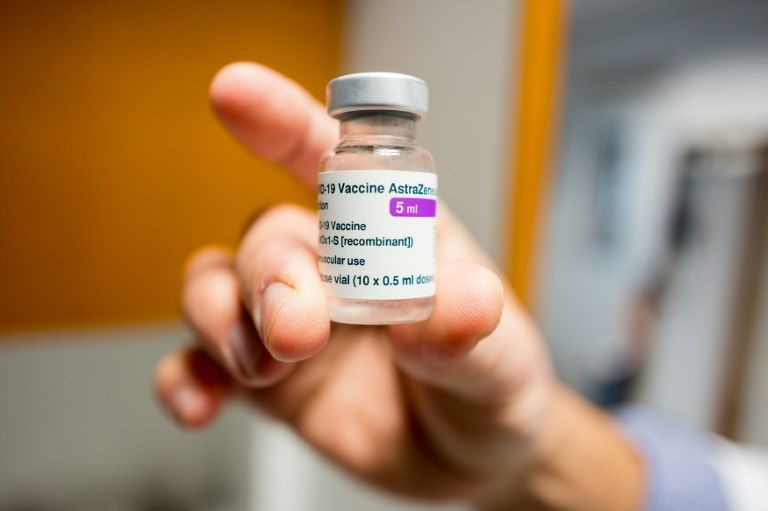 France and Germany have not authorised the AstraZeneca vaccine for people over 65, fanning fears over its effectiveness. (Photo: AFP)

Already facing a daunting Covid vaccination challenge, French and German authorities are fighting to convince more people that a jab from the pharma giant AstraZeneca is just as effective as others.

Stocks of the vaccines from the British-Swedish firm are going unused in both countries, depriving officials of a crucial tool to help end a pandemic that has been a social and economic calamity on a scale not seen since World War II.

Only 273,000 AstraZeneca doses have been administered in France out of 1.7 million received as of end-February, according to health ministry figures.

The poor take-up comes even as the target group for the jabs, health workers over 50 and people with other serious health risks, can get the vaccine directly from their doctor instead of waiting for appointments at vaccination centres.

But both France and Germany refused to authorise the vaccine for people over 65, fanning fears over its effectiveness compared to the two others approved for Europe, from Pfizer-BioNTech and Moderna.

Health Minister Olivier Veran, himself a doctor, tried to dispel the doubts by getting the vaccine live on TV.

And the country's vaccination coordinator, Alain Fischer, complained last week that the "bad press" surrounding the shot was "deeply unfair".

But so far France is not allowing more segments of the population to get the vaccine, nor allowing it for the elderly despite such approval from the European Medicines Agency (EMA).

Even President Emmanuel Macron didn't do any favours when he described the AstraZeneca jab as "quasi-ineffective for people over 65" -- just hours before the EMA gave its green light.

Macron will make Monday his first visit to a Covid vaccination centre, in the Paris suburb of Bobigny.

In Germany as well, calls are growing to relax the vaccination priority list to make sure no AstraZeneca shots go to waste.

The controversy has contributed to the government's decision to move teachers and childcare workers from priority group three to group two.

But some regional leaders are urging Germany to go further still, with Bavarian prime minister Markus Soeder on Sunday saying "not a single AstraZeneca dose should be left over or thrown out".

"Before that happens: vaccinate anyone who wants it," he told the Bild am Sonntag daily. "Every day counts."

The leader of Baden-Wuerttemberg state, Winfried Kretschmann, said Germany could not afford to have vaccines going unused because some of those entitled to it are snubbing it.

"In that case, we should loosen our strict regulations and vaccinate people even if it's not their turn yet under the priority guidelines," Kretschmann told the Welt am Sonntag daily.

Chancellor Angela Merkel and Germany's 16 regional leaders are meeting on Wednesday to discuss the next steps in the fight against the pandemic.

Merkel herself praised the AstraZeneca shot as "a vaccine that can be trusted" in an interview last week and pleaded with Germans not to pick and choose their vaccines.

When asked if she would lead by example and take the AstraZeneca vaccine, Merkel replied that she was not eligible for this particular jab given that she was 66 years old.

The question is sure to re-emerge however if Germany's vaccine commission does decide to recommend the jab for those aged 65 and over.

The STIKO commission "will very soon publish a new updated recommendation" after a study showed it to be effective for the elderly, its head Thomas Mertens said last Friday.